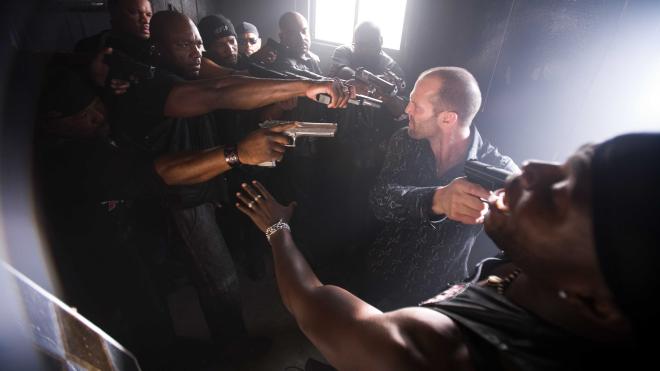 The 2006 action-packed thriller starring Jason Statham is headed for the 4K format in May.

Lionsgate is preparing Crank for 4K Ultra HD Blu-ray on May 21.

One of action-superstar Jason Statham’s most iconic roles – as Chev Chelios – Crank will be seen in Ultra High Definition for the first time ever this May. Starring alongside Statham are Amy Smart, Jose Pablo Cantillo, Efren Ramirez, Carlos Sanz, and Dwight Yoakam in a film written and directed by Mark Neveldine and Brian Taylor that “Access Hollywood” calls “an adrenaline-fueled thrill ride!”

The release will feature Dolby Vision, a Dolby Atmos soundtrack, and supplements include:

You can find the latest specs for Crank - 4K Ultra HD Blu-ray linked from our 4K Blu-ray Release Schedule, where it is indexed under May 21.