The film starring Ryan Reynolds, Scott Speedman, and Rosario Dawson will be released on Blu-ray in March.

As previously reported, Lionsgate will be releasing 'The Captive' on Blu-ray on March 3.

Released theatrically by A24, the tense action-thriller starring Ryan Reynolds, Scott Speedman and Rosario Dawson follows a man who must unravel the mystery of his daughter’s disappearance before it’s too late.

You can find the latest specs for 'The Captive' linked from our Blu-ray Release Schedule, where it is indexed under March 3. 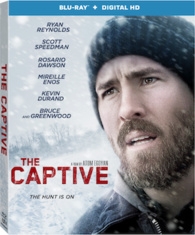