The thriller starring Gary Oldman, Gerard Butler, and Common will hit both formats in January.

Lionsgate has revealed that Hunter Killer will be available on 4K Ultra HD Blu-ray and Blu-ray on January 29.

American submarine Captain Joe Glass is on the hunt for a U.S. sub in distress in the Arctic Ocean. He soon learns that a secret Russian coup is in the offing, a conspiracy that threatens to dismantle the world order. With crew and country on the line, Glass must assemble an elite group of Navy SEALs to sneak through enemy waters, rescue the kidnapped Russian president and prevent World War III.

The releases will include Dolby Atmos audio (with a Dolby Vision HDR video presentation on the 4K release) and supplements will include:

You can find the latest specs for Hunter Killer linked from our 4K and Blu-ray Release Schedules, where it is indexed under January 29. 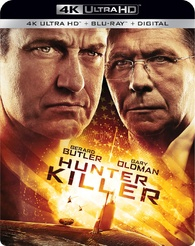 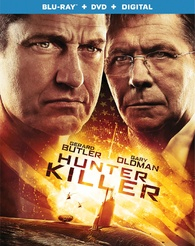