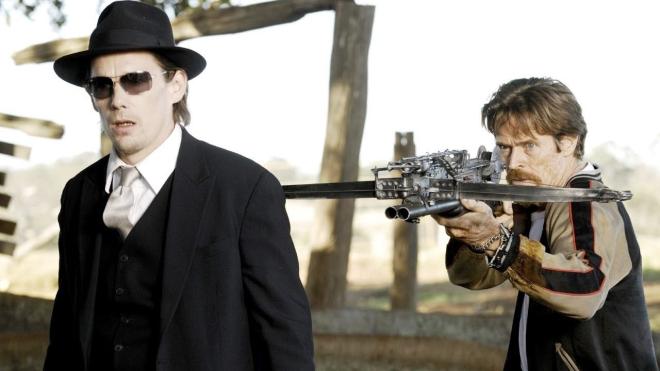 The 2009 vampire flick starring Ethan Hawke, Willem Dafoe, and Sam Neill is getting a 4K upgrade in September.

Four-time Academy Award® nominee Ethan Hawke plays Edward Dalton, a researcher in the year 2019, when an unknown plague has transformed the world's population into vampires. As the human population nears extinction, vampires must capture and farm every remaining human, or find a blood substitute before time runs out. However, a covert group of vampires makes a remarkable discovery, one which has the power to save the human race.

The release will feature a Dolby Vision presentation with Dolby Atmos audio and supplements will include:

You can find the latest specs for Daybreakers - 4K Ultra HD Blu-ray linked from our 4K Blu-ray Release Schedule, where it is indexed under September 10.