"The LG 'Friends' make the G5 so much more than any other phone on the market.  It is the future of smartphone technology, but available today," said Morris Lee, President of LG Electronics Mobile USA and Head of North America Mobile Business. "With the updated online destination, we are offering our customers yet another way to take advantage of unique LG innovations – from the G5 modular design to the removable battery feature found in the G4 and V10." 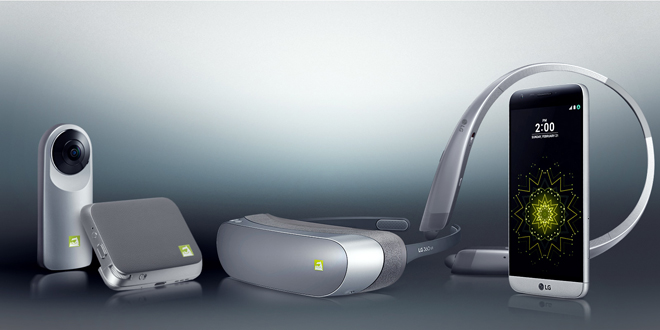 The LG CAM Plus is a camera module designed to attach to the G5 smartphone, adding a comfortable grip and physical buttons for power, shutter, record, and zoom along with a battery LED indicator and an embedded battery. Meanwhile, the LG 360 CAM is a compact 360 degree angle camera that can be connected to the G5 through Bluetooth and the LG Friends app, letting customers capture 360 degree photos and videos. Next up, the LG 360 VR is a virtual reality goggle that can plug into the G5 to view VR content and simulate a 130-inch TV viewed from two meters away. Finally, the LG TONE Platinum is a premium headset with noise canceling dual microphones, support for 24-bit audio, and Bluetooth with the aptX HDcodec.

The LG Friends are now available in the US from mobile carriers, retail locations, and the expanded LG online store. Additional LG Friends devices, including companion products from third party developers, will also be released in the coming weeks and months.