The company is highlighting several features from Technicolor and Dolby.

As part of the IFA 2017 tech show in Berlin, LG is showing off the new Technicolor Expert Mode for its OLED 4K Ultra HD TV lineup. In addition, BBC 4K HLG content, Amazon HDR10 content, and Netflix Dolby Vision content are all being displayed at the company's booth as well.

"We are pleased to exhibit our superior 2017 TVs at IFA, offering visitors the opportunity to experience their unrivaled performance hands-on," said Brian Kwon, president of the LG Electronics Home Entertainment Company. "Partnerships with respected names such as Technicolor and Dolby demonstrate LG's commitment to continually pushing the boundaries of TV technology." 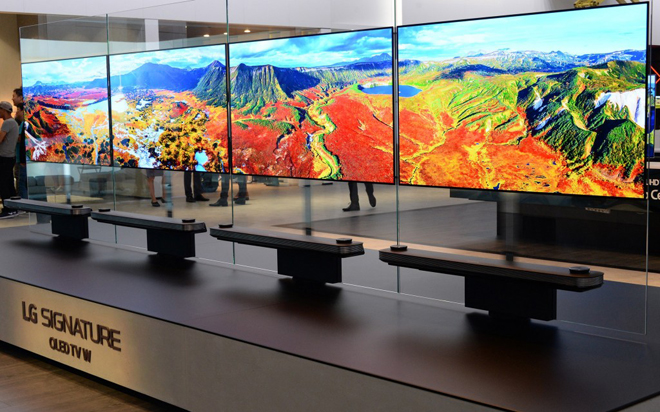 "While doing color work on season two of the Netflix series Sense 8, LG's OLED technology was crucial when collaborating with writer/director Lana Wachowski – who has offices on the other side of the country – and cinematographer John Toll, in Hollywood," explains Tony Dustin, senior colorist with Technicolor. "OLED technology's true blacks, color saturation and depth ensured that all of us were looking at the same colors, even when we were not physically together. On top of that, we're excited that LG OLED TVs are readily available on the market for consumers wishing to experience LG OLED TV picture quality, and this gives us confidence that the images we were working on will be accurately represented for audiences at home."

Meanwhile, LG is also highlighting its Active HDR performance at IFA with demos for HLG, HDR10, and Dolby Vision content. More than 100 Dolby Vision titles are available today via on-demand streaming, and the first Dolby Vision Ultra HD Blu-ray discs launched in June. IFA 2017 will run through September 6 in Berlin.