We've compiled the latest gear news, including details on the viewing angle benefits of LG IPS screens, the arrival of MQA audio on the Oppo UDP-205, and more.

For this edition, we're covering the results of DisplayMate's viewing angle test using LG and Samsung displays, the addition of MQA audio support for the Oppo UDP-205, and the arrival of several new and updated streaming apps on Samsung Smart TVs.

The LG display uses an IPS LCD panel along with Nano Cell tech to achieve a wide color gamut. Meanwhile, the Samsung display uses a VA LCD panel along with Quantum Dot tech to achieve a wide color gamut. After conducting a few tests, DisplayMate concluded that the LG models maintained color and picture quality from off-center angles much better than the Samsung model.

Here are some key stats from the test per LG:

- The LG IPS LCD TV shows only small and barely noticeable Color Shifts and changes between the 0° and 45° viewing angle positions.

It should be noted, however, that while IPS panels are known for superior viewing angles, VA panels still tend to offer much better black levels, which can make them better suited for home theater use depending upon a user's priorities.

Oppo has announced the addition of MQA audio decoding support to its UDP-205 Ultra HD Blu-ray player. With the new firmware update, users can now identify and play files encoded with MQA through the device's "Music" app.

"Delivering reference audio performance has always been the core feature of the OPPO UDP-205 universal player. We are thrilled to work with MQA to incorporate MQA decoding into the player," said Jason Liao, CTO of OPPO Digital. "Our audiophile customers will enjoy the lifelike and engaging listening experience with the studio master sound quality provided by MQA."

The new MQA firmware update for the UDP-205 is now available for download directly through the player's update feature or from the company's website. 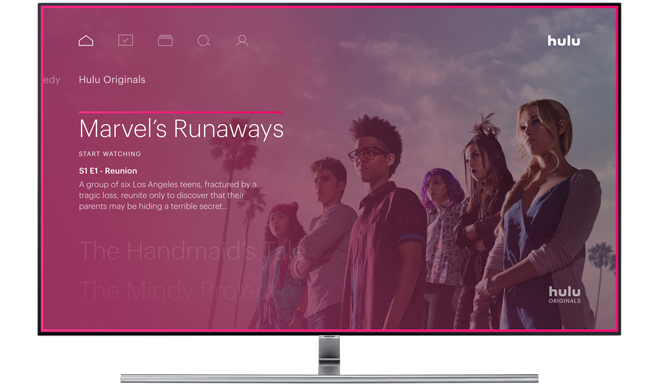 In addition, the updated Hulu experience and Hulu Live TV service are both now available on 2017 Samsung Smart TVs. The upgraded Hulu app features a new highly personalized UI and the option to create up to six user profiles.