The Paley Center for Media has announced LG as an official sponsor for PaleyFest 2017. The event is being held October 6-16 at the Paley Center's New York location.

"The Paley Center for Media is thrilled to welcome LG as the Preferred Television for PaleyFest NY 2017," said Maureen J. Reidy, the Paley Center's President & CEO. "The Paley Center and LG represent the best of entertainment and technology, and we're proud that guests to this year's PaleyFest will have the opportunity to experience this incredible combination of cutting-edge TV technology and content firsthand."

Samsung has revealed its latest headset device. The new HMD Odyssey is a Mixed Reality headset designed in partnership with Microsoft for use with a compatible Windows 10 PC. 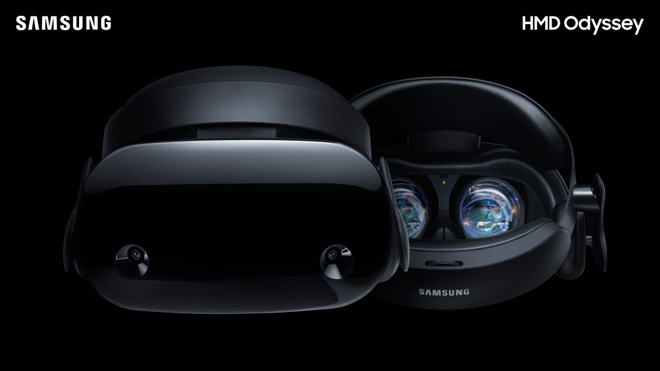 The headset features dual 3.5-inch AMOLED displays with a resolution of 1,440 x 1,600 @90/60Hz, a 110-degree field of view, built-in premium AKG headphones for spatial sound, and array mics for voice commands. In addition, the device uses inside-out position tracking and includes a Six Degrees of Freedom1 (6 DOF) sensor and two motion controllers. Pre-orders for the Samsung HMD Odyssey are now live in the US for $500.

"We're excited to welcome the Samsung HMD Odyssey to the Windows Mixed Reality family of devices," said Alex Kipman, Technical Fellow at Microsoft. "This is an incredible product and another important step for the mixed reality journey we are on at Microsoft.  With the Samsung HMD Odyssey, the team at Samsung has developed a Windows Mixed Reality headset that will delight our fans looking to immerse themselves in the world of mixed reality this holiday."

Sony has revealed plans to release an updated version of its PlayStation VR headset.

The upcoming CUH-ZVR2 headset model will offer a few design improvements over the current CUH-ZVR1 version, including the ability to integrate stereo headphone cables with the VR headset, a slimmer, streamlined connection cable, and an updated Processor Unit with support for HDR pass through. This latter upgrade will allow users to enjoy HDR-compatible PS4 content on their TVs without having to disconnect the Processor Unit in between the TV and the PS4 console (this function can only be used when the VR headset is off). Beyond these changes, the headset will be the same as the previous model. 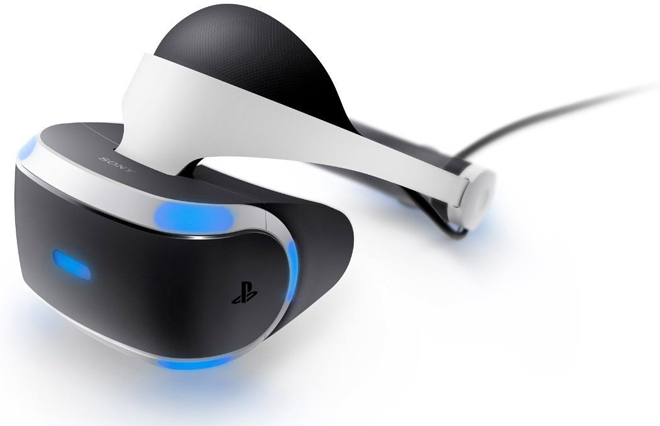 Designed for use with a PS4 and PlayStation Camera, the PS VR headset features a 1920×RGB×1080 (960×RGB×1080 per eye) OLED display with a 110-degree FOV (Field of View) and a 90Hz refresh rate (120Hz in cinema mode). A launch window for the updated PS VR headset has not been announced yet, but pricing for the new model is expected to remain the same.

Hisense has announced a new partnership to become the Official TV and Appliance Manufacturer for US Soccer Teams. The company will be supporting US Soccer through the 2018 World Cup, 2019 Women's World Cup, U.S. Soccer Development Academy, and US male and female youth national soccer teams.

"In addition to our global FIFA partnership, our U.S. Soccer partnership offers an amazing opportunity to bring families and soccer fans together throughout the year and cheer on our country during some of the biggest sporting events in the world," said Mark Viken, Vice President of Marketing at Hisense USA. "Soccer is a global sport with incredibly passionate fans. We’re excited to introduce that passionate market to our industry-leading TV lineup to deliver the ultimate viewing experience."

The partnership will kick-off during today's US Men's qualifier match against Panama, showcasing a variety of in-game and social activations. The multi-channel campaign will then go on to cover extensive brand integration across broadcast, digital, in-stadium exposure, and on-site activations. And to help mark the company's new status, Hisense is currently holding a Twitter contest for a chance to win a free 4K TV and US Soccer team jersey. To enter, fans need to tweet #HisenseUSMNT before 11:59 p.m. ET on October 8 (click here for full contest rules and eligibility information).