LG and SES demonstrated a 4K High Frame Rate (HFR) test transmission at the SES Industry Days conference in Luxembourg on May 16 and 17. The broadcast was conducted live via an ASTRA satellite and was displayed on an LG OLED TV using prototype HFR software.

"We are very excited to demonstrate just how effective LG's OLED TV is as a platform for 4K HFR and other high grade content," said Sam Kim, senior vice president and head of TV product planning at the LG Home Entertainment Company. "LG is committed to offering consumers around the world the latest in TV technologies and High Frame Rate on OLED TVs must be seen to be believed. Watching 4K HFR content on an OLED TV as it’s being transmitted in real time by ASTRA’s satellite is a great example of pushing the limits of current TV technologies." 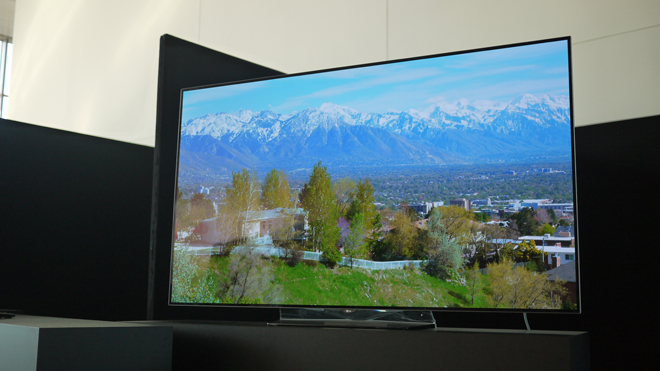 HFR next-gen broadcast tech allows for playback of 4K content at up to 120 frames per second. Most current technology typically supports the playback of 60 FPS content or less, and conventional films are usually shot at 24 FPS. An increase in frames per second can create more fluid images, making the format ideal for fast action material like sports while also helping to eliminate artifacts like motion blur and judder. In order to support the tech, global broadcasters and content providers will be using the DVB UHD-1 Phase 2 specification, which features 4K HFR playback along with High Dynamic Range (HDR) and Next-generation Audio (NGA).

"SES has been steadily pushing forward the development of Ultra HD, and the Industry Days event has always been an excellent platform to showcase new TV technology," said Thomas Wrede, Vice President New Technology & Standards at SES. "High Frame Rate will be an important step towards further enhancing the quality of Ultra HD satellite transmissions, in particular for sports and reality TV events. Our continued partnership with LG Electronics is important in setting the broadcast standards of tomorrow and pioneering future TV technologies, and we are very pleased to work with LG Electronics on such an important milestone."

This week at Google I/O, the company announced several developments and new products for its Daydream VR platform. Highlights include updated Daydream software and the reveal of the first standalone Daydream headsets.

The Daydream VR platform offers a growing collection of more than 150 VR apps across all Daydream-ready mobile devices and headsets -- like Google's own Pixel smartphone and Daydream View. Dubbed Daydream Euphrates, the upcoming Daydream 2.0 software will offer several new features, including the ability to capture what a user sees, casting support for putting a user's virtual view on the big screen, and the option to watch YouTube videos in VR with other people in a shared virtual space. Likewise, support for Daydream is coming to even more smartphones, including the Samsung Galaxy S8 and S8+ which will become Daydream ready this summer.

Meanwhile, the Daydream View headset is currently on sale for a suggested retail price of $79.The headset is available in Slate, Crimson, or Snow colors and is made with flexible and soft breathable fabrics, allowing the device to be 30% lighter than similar products while providing added comfort.

With a dual ESS Sabre DAC and amp, High-Capacity Conductive Polymer Capacitor, and Discrete Thin Film Chip Resistor, the DP-X1A is designed for audiophile performance. In addition, the player runs on the Android OS and supports Google Play. Under the hood, the device includes 64GB of internal storage which is expandable with an additional 512GB via two micro SD slots. Likewise, the unit offers MQA playback and support for hi-res formats up to DSD 11.2MHz, 384kHz/24bit FLAC/WAV audio files. Finally, Wi-Fi/Wi-Fi Direct and hi-res Bluetooth connectivity via aptX/SBC are provided as well.

Meanwhile, the DP-S1 features a more compact design and uses a proprietary operating system which can "dual clock" 44.1kHz / 48kHz for native support for DSD 5.6MHz, 192kHz/32bit FLAC/WAV. Under the hood, the device includes twin ESS SABRE DACs and headphone amps, and 16GB of internal storage that can be expanded to 512GB via two microSD card slots. Wi-Fi and Bluetooth connectivity are integrated as well.

"As sound bars continue to flood the market, consumers with an ear toward traditional surround sound are met with a huge array of products and technologies that supposedly bring 5.1 audio to the forefront," said Michael Greco, global brand director, Polk Audio. "While many sound bars certainly improve upon what TVs can offer, the majority lack the sound stage, imaging, and discrete immersive surround sound experience of the MagniFi MAX SR. With the MagniFi MAX SR, we're aiming to change that by providing proven technological tools like Polk's patented SDA and Voice Adjust technology, Dolby Digital and DTS decoding, HDMI connectivity and wireless surrounds so consumers have the option to create a true 5.1 system that mimics what component audio can deliver with the ease of setting up a sound bar." 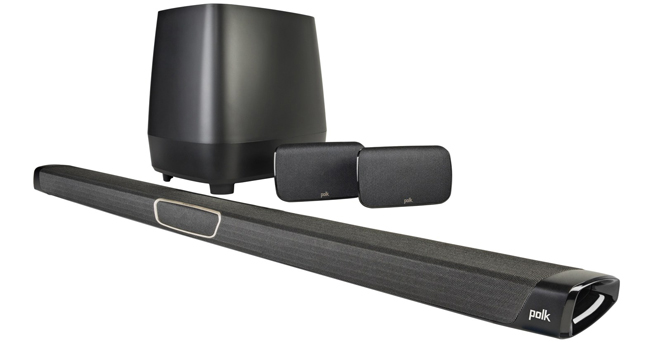 Polk Audio's MagniFi MAX SR will be available in August at Best Buy, Amazon and Crutchfield nationwide for a suggested retail price of $599. In addition, the MagniFi Max sound bar unit ($499) and SR1 wireless speakers ($149) will also be available separately.