The company's new 8K display is now available for pre-order in South Korea.

LG has announced the launch of pre-sales for its OLED88Z9 88-inch 8K OLED TV. Though official pricing has not been revealed, according to a report by Forbes, the pre-order cost will be around $29,999. The display is now rolling out to South Korea and will expand to more markets in North America and Europe in the third quarter of 2019.

"Being the first to market with the world's first and largest 8K OLED TV shows our commitment to leading the ultra-premium TV segment and delivering the ultimate viewing experience," said Brian Kwon, president of the Mobile Communications and Home Entertainment companies at LG. "LG was a pioneer in bringing OLED to market and we will continue to introduce state-of-art TV technologies that push the boundaries of what’s possible in home entertainment." 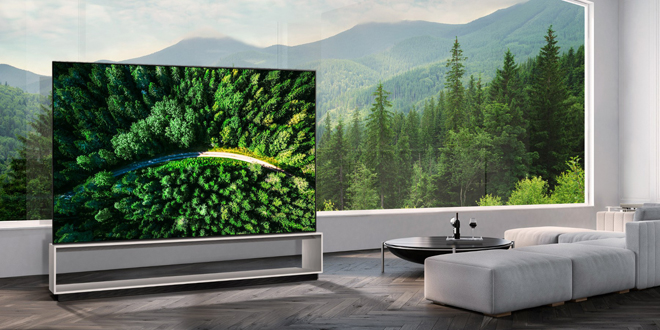 Beyond the new 8K TV, LG also recently launched its 2019 4K OLED TV and 4K NanoCell TV lineups in the US, led by the flagship C9 OLED TV and SM9500 NanoCell TV.