This Week in Gear: Netflix Launches HDR Support for Windows 10, LG Teams Up with Meridian Audio, and More

We've compiled the latest gear news, including the addition of HDR Netflix support for compatible Windows 10 devices, and more.

Netflix has announced the expansion of HDR10 streaming support to Windows 10 computers through the Netflix app or Microsoft Edge web browser. In order to watch HDR10 Netflix content, Windows 10 users will need compatible hardware and a Netflix premium subscription plan.

HDR10 is an open standard High Dynamic Range solution for displays and content creation. The process uses expanded brightness to improve contrast between dark and light aspects of an image, bringing out deeper black levels and more realistic details in specular highlights -- like the sun reflecting off of an ocean -- in specially graded HDR10 material. Likewise, the tech is typically bundled with a wide color gamut, providing a greater range of colors than those found in traditional HD sources and TVs using the previous Rec. 709 color standard. Netflix currently offers over 200 hours of HDR content, including titles like Stranger Things 2, Bright, and Chef's Table. 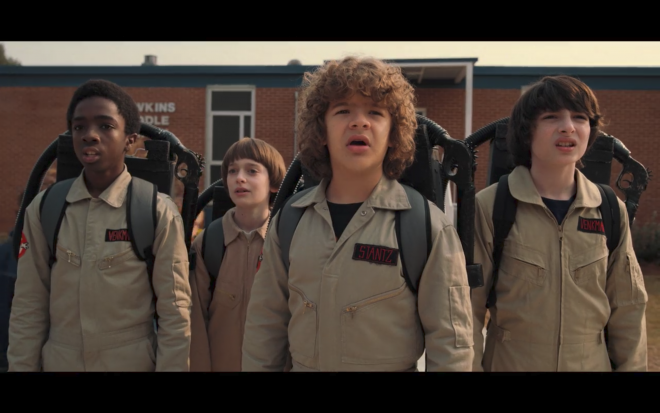 To view HDR10 streams with Netflix on Windows 10, subscribers will need a Netflix premium plan, the Windows 10 Fall Creators Update. an HDR10 capable display, an Intel 7th Gen or higher CPU with integrated graphics or a recent NVIDIA GPU. Here's a more detailed breakdown of supported gear per Netflix:

LG Teams Up with Meridian Audio

LG has announced a new partnership with British company Meridian Audio. As part of the agreement, LG will incorporate Meridian Audio tech into select products.

"This partnership with Meridian is an example of LG's commitment to creating premium audio systems that can rival the best in the business," said Seo Young-jae, head of CAV(Convergence Audio and Video) products at LG Home Entertainment Company. "This partnership is all about delivering an outstanding entertainment experience for LG customers worldwide."

LG and Meridian will now collaborate on various audio devices like sound bars and wireless speakers, including several recently announced models for 2018. Meridian is known for its expertise in Digital Signal Processing (DSP) and psychoacoustics, and the company created the world's first digital active loudspeaker.

"We are thrilled to have entered into this unique partnership with LG and confident that our expertise and shared values will see us bring a great number of innovations to the market together, both now and in the future," said John Buchanan, chief executive officer at Meridian Audio.

T-Mobile has announced plans to launch a new TV service in 2018 to compete with traditional cable and satellite offerings. As part of the company's plans, the mobile carrier has signed a definitive agreement to acquire Layer3 TV, Inc. ("Layer3 TV") to help create the new platform.

"People love their TV, but they hate their TV providers. And worse, they have no real choice but to simply take it – the crappy customer service, clunky technology and outrageous bills loaded with fees! That's where we come in. We're gonna fix the pain points and bring real choice to consumers across the country," said John Legere, president and CEO of T-Mobile. "It only makes sense for the Un-carrier to do to TV what we're doing to wireless: change it for good! Personally, I can't wait to start fighting for consumers here!"

Though full details on T-Mobile's upcoming TV service have not been revealed, the company is hoping to develop a system and distribution model that eschews the multi-year service contracts, high bills, expanding bundles, outdated tech, closed systems, and poor customer service found on many conventional TV platforms. In order to help achieve this goal, the company will leverage Layer3 TV's experience in streaming video and social media tech. Likewise, T-Mobile plans to use its fast LTE network and its developing 5G network as part of its overall mobile video strategy.

"We're in the midst of the Golden Age of TV, and yet people have never been more frustrated by the status quo created by Big Cable and Satellite TV," said Mike Sievert, Chief Operating Officer of T-Mobile. "That's because the world is changing – with mobile video, streaming services, cord cutting, original content and more -- and yet, the old guard simply can’t – or won't – evolve. It’s time for a disruptor to shake things up and give people real choice like only the Un-carrier can."

As spotted by Android Central and Let's Go Digital, recent FCC documents have revealed an upcoming VR headset from Lenovo. The Mirage Solo is set to be the company's first standalone Daydream VR device.

Unlike most VR headsets that require a smartphone or connected PC, the Mirage Solo will not need a separate device and will instead use its own integrated display and hardware to offer full Daydream VR support. Though complete specs have not been revealed yet, the headset will include a 4,000 mAh battery and Bluetooth 5.0 connectivity. Likewise, Google previously announced that standalone Daydream VR headsets are expected to use new tracking technology called WorldSense, which can enable positional tracking to determine a user's precise movements in space for some level of room-scale VR without any external sensors. 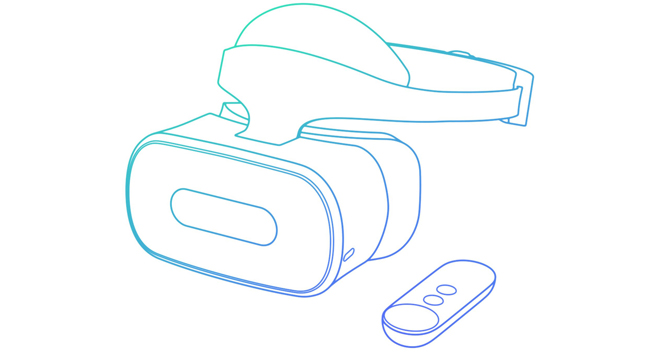 In addition to Lenovo, other standalone Daydream VR headsets are in development from HTC VIVE. Official specs and details for the Lenovo Mirage Solo could be announced next month at CES 2018 in Las Vegas from January 9-12.