From product announcements and streaming app updates to general industry news and recent gear trends, keeping up with the latest tech news can be a daunting task. With that in mind, we're here to offer you a weekly roundup of some of the latest gear and consumer electronics news that you may have missed.

So, without further ado, here's a rundown of the latest gear and tech news for the week of April 16, 2017:

LG has announced that its 27-inch UltraFine 5K display (27MD5KA) has earned the 2017 "Best Photo Monitor" award from the Technical Image Press Association (TIPA). The display has the distinction of being the only monitor to receive a 2017 TIPA Award and is geared toward Mac video editors and other creative professionals.

The LG UltraFine 27-inch 5K monitor features an IPS panel with a resolution of 5120 x 2880 and 218 pixels per inch (ppi). In addition, the display offers wide viewing angles and support for 99 percent of the P3 color space. Likewise, the monitor has been optimized for the new MacBook Pro with Thunderbolt 3 running macOS 10.12 and later, allowing the display to receive and transfer 5K video, audio, and data from the new MacBook Pro while simultaneously charging it through a single Thunderbolt 3 cable. Three downstream USB Type-C ports, a front-facing camera, a microphone, and high fidelity speakers are integrated as well. 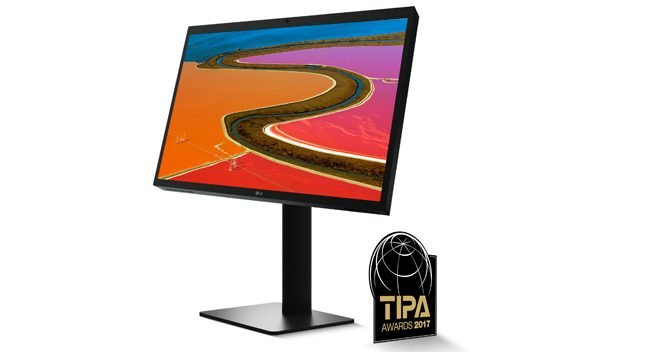 To receive a TIPA Award, products must undergo rigorous testing by TIPA's technical committee and magazine editors. The organization consists of 27 leading photo and imaging magazines from the United States, Canada, and 13 other countries on five continents.

Amazon has announced availability for its new Amazon Alexa 7-Mic Far-Field Development Kit for third party manufacturers. With the development kit, commercial hardware makers will now be able to build Alexa support into their products.

"Since the introduction of Amazon Echo and Echo Dot, device makers have been asking us to provide the technology and tools to enable a far-field Alexa experience for their products," said , Director,  Alexa. "With this new reference solution, developers can design products with the same unique 7-mic circular array, beamforming technology, and voice processing software that have made Amazon Echo so popular with customers. It’s never been easier for device makers to integrate Alexa and offer their customers world-class voice experiences." 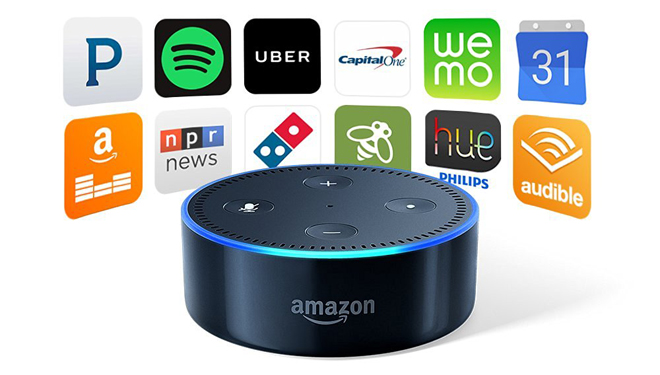 The Amazon Alexa 7-Mic Far-Field Development Kit will be available to commercial device manufacturers through an invite-only program. OEMs can request an invite at developer.amazon.com/alexa-voice-service/dev-kits/amazon-7-mic. The development kit will be supported by leading chipset providers. Here's a rundown of features per Amazon:

Sling TV has announced the arrival of its streaming app on LG's lineup of smart TVs. The launch now makes Sling TV the first live over-the-top (OTT) service to arrive on LG webOS 3.0 and 3.5 Smart TVs.

"Even with today's 'always on-the-go' lifestyle, we know watching TV from the living room is still as important to our customers as ever," said Ben Weinberger, chief product officer of Sling TV. "Offering Sling TV on LG's award-winning, top-of-the-line smart TVs gives viewers more control over how they watch Sling TV so they can view their favorite programs without the need for additional devices or unnecessary input-switching."

Current Sling TV subscribers can now access their accounts on most 2016 LG Smart TVs with webOS 3.0. Likewise, new customers can also download the app and sign up for the service through their supported displays. To add Sling TV to a compatible LG Smart TV, users can locate Sling TV in their LG launcher bar or press "Home," select "Go to LG Content Store," and then search for "Sling." And beyond 2016 LG display models, Sling TV support will also be added to LG's 2017 webOS 3.5 enabled-models in the coming months. 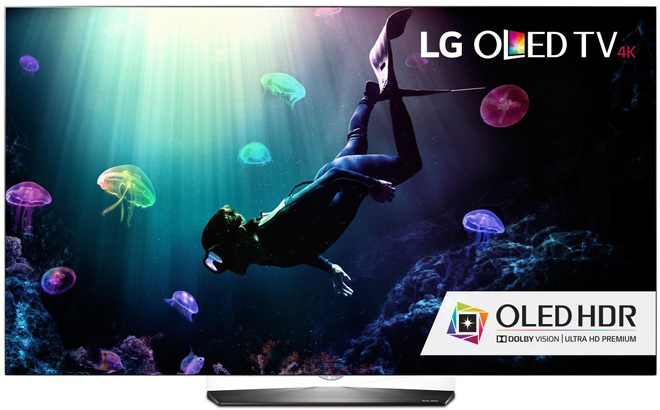 "Joining forces with Sling TV to include their robust slate of live TV and on-demand content further expands the offerings in our webOS 3.5 and 3.0 Smart TVs," said Matt Durgin, Director of Content Innovation, LG Electronics USA. "The addition of Sling TV to our strong line-up of premium content apps on our webOS platform gives consumers an incredibly wide range of content options to enjoy on our critically-acclaimed LG Smart TVs led by LG OLED and LG Super UHD."

Screen Innovations has announced new cable color options for its Zero-G projector screen. Unlike most projector screens, The Zero-G (described by the company as a "Rollable Television") does not feature a black mask in between the top of the viewing surface and the case. Instead, the screen is suspended by Ultra-High Molecular Weight Polyethylene (UHMwPE) cable.

"We ran Zero-G through an extensive destructive testing cycle, and standard aircraft cable continued to have metal failure due to friction created in each individual stainless strand. We moved to UHMwPE cable because it is 80% lighter than a comparably-strong steel cable, far more flexible, longer-lasting, and it maintains its strength and flexibility in all conditions," said Ryan Paul, Director of Design at SI. "On top of that, it has the lowest carbon footprint across its service life of any comparable alternative. At SI, it takes the best to make the best." 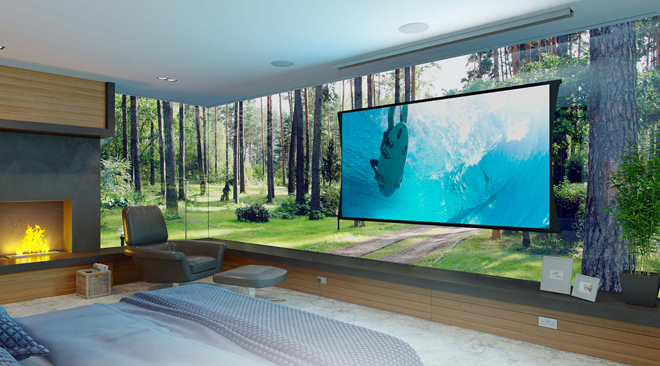 "When you match our Zero-G cord colors to the wall, or window behind the screen, it looks as though they completely disappear. It’s incredible." Says Skyler Meek, Director of Marketing for SI. "SI has always been about the complete experience, encompassing both the image on the screen and how the screen is presented in the room. This is another link in the chain that separates SI from all the noise."

The new Zero-G cord colors are now available for no extra cost.