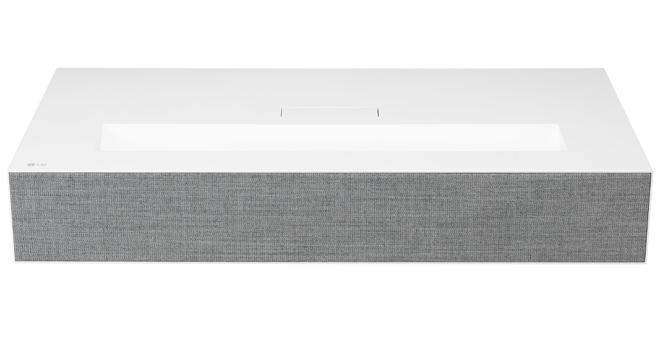 LG has announced pricing and availability for its new HU85LA CineBeam AI ThinQ 4K Ultra Short Throw Laser Projector. The device is on sale now via authorized dealers for an MSRP of $5,999.

"The new CineBeam Laser projector marries spectacular 4K viewing experience with the convenience of AI technology," said Jang Ik-hwan, head of LG's IT business division. "There is no other product like this on the market, illustrating how LG continues to deliver unique value to consumers." 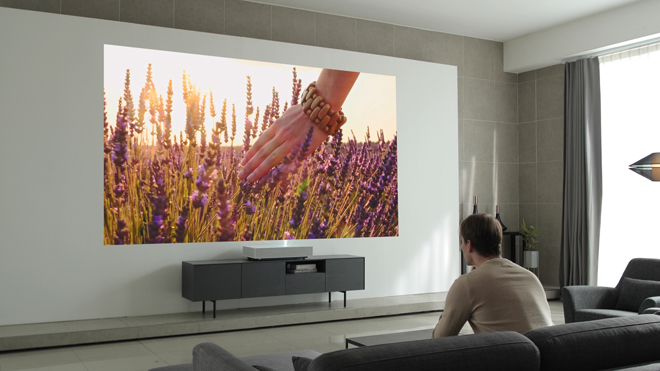 The HU85L utilizes a new three-channel laser optical system and offers support for 4K UHD resolution, a wide color gamut, HDR10 playback, up to 12 bit color processing, up to 2,700 ANSI lumens of brightness, and a contrast ratio of 2,000,000:1. And thanks to the unit's Ultra Short Throw tech, the device can project a 90-inch image from just a little more than 2 inches away from a wall or an even larger 120-inch image from 7.2 inches away. In addition, the projector features a compact design and 12-point keystone adjustment to help remove image distortion.

Meanwhile, LG has also implemented ThinQ AI and Google Assistant capabilities, offering support for voice commands via the included Magic Remote to control the projector and find content. Likewise, the remote can detect gestures and activate its backlit buttons automatically when it perceives motion. Integrated access to streaming services like Netflix, YouTube, and Amazon is implemented as well. Finally, USB, Ethernet, and HDMI connectivity are also included, along with IP Control for Control4, Crestron, and Savant.

Here's a rundown of key specs per LG: