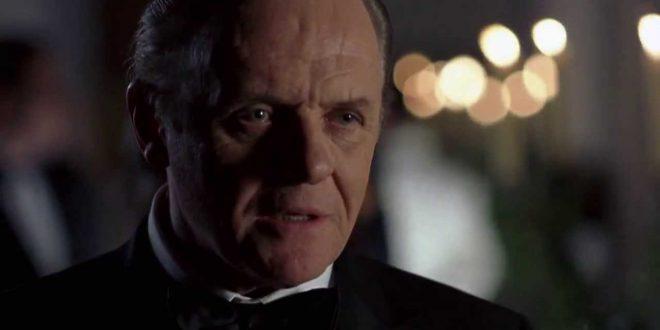 Ridley Scott's 2001 film bringing back Anthony Hopkins as Hannibal Lecter will dine with 4K in April.

KLStudioClassics says Hannibal will be available on 4K Ultra HD Blu-ray and Blu-ray on April 30.

The silence has been broken... "Thrilling (Time), "absorbing" (The Wall Street Journal), and "entertaining" (Newsday), this follow-up to The Silence Of The Lambs is an "audacious success" (Us Weekly)! Anthony Hopkins is "perverse perfection" (Rolling Stone) in his return to the role of Dr. Hannibal Lecter, the sophisticated killer who comes out of hiding to draw FBI agent Clarice Starling (Julianne Moore) into a high-stakes battle that will test her strength, cunning... and loyalty. Drenched in terror, suspense and shocking visual effects, Hannibal is "as compelling a film as you will ever see" (Joel Sigel, "Good Morning America")!

Both releases will feature a BRAND NEW 4K RESTORATION OF THE FILM, with exclusive HDR/SDR color grading by Cinematographer John Mathieson and supplements will include:

Anatomy of a Shoot-Out: A Five-Angle Breakdown of the "Fish Market" Action Scene (40 Minutes)

Ridleygrams: A Featurette on the Art of Storyboarding (8 Minutes)

An Exploration of the Film's Opening Title Design (8 Minutes)

You can find the latest specs for Hannibal linked from our 4K and Blu-ray Release Schedules, where it is indexed under April 30.