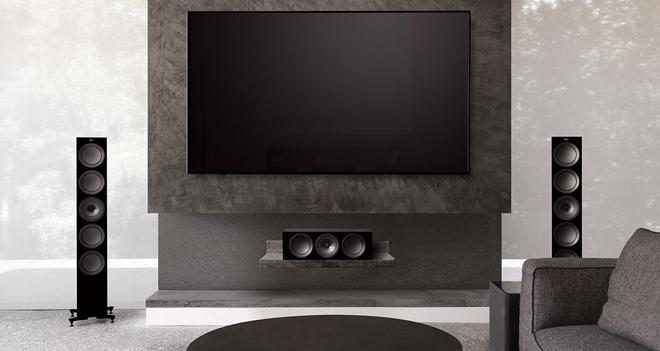 The company's new speaker lineup has been detailed.

KEF has unveiled the latest version of its R Series. The collection includes three floorstanding speakers, a stand mount speaker, a center speaker, and a Dolby Atmos-compatible speaker.

"No matter which model you select from the R Series, it will take you on a journey of re-discovery through your music and film collection.," said Stephanie Scola, Director of Marketing for KEF America. "This series can reproduce music with such refinement and realism that when you close your eyes, you feel as though you're there live, in the very presence of the musician, listening from the front row. It's a very transformative experience."

The new 2018 R Series has been reengineered with new technology and influences from the company's flagship Reference Series. KEF's 12th generation Uni-Q driver serves as the backbone of the lineup, along with a redesigned motor system for improved mid-range and treble performance. Likewise, the speakers use new bass drivers with greater excursion, an improved low-distortion motor, and a higher-rigidity cone. In addition, the R Series reduces unwanted vibrations and resonance through its Constrained Layer Damping internal bracing system and flexible port design.

Here's a full rundown of 2018 R Series speakers and prices:

KEF's new R Series is now available for purchase from www.kefdirect.com and other retailers in Black Gloss, White Gloss, and Walnut finishes.