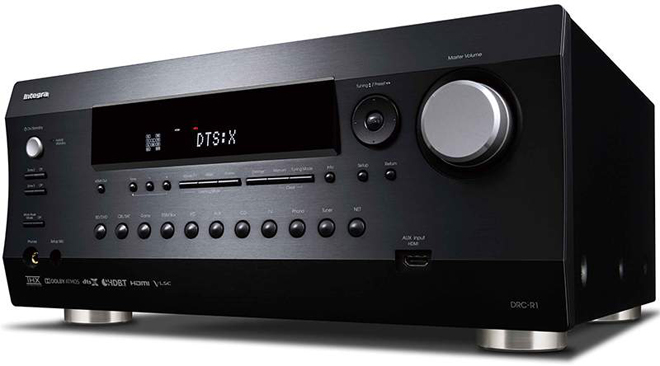 In addition, the DRX-7 9.2-Channel Network A/V Receiver offers many of the same features as the Research Series and includes support for a 5.2.4 object-based audio setup out of the box, or a 7.2.4 setup with a secondary two-channel amp. The receiver is rated for 140 watts per channel at 8 ohms, 1 kHz, 0.08% THD, 2 Channels Driven, FTC.

Meanwhile, the DSX-3 5.1-Channel Slim Network A/V Receiver offers a space-saving slim design along with 45 watts per channel at 8 ohms and a 384 kHz/32-bit Asahi Kasei DAC. Likewise, the device offers four 4K 60Hz HDMI terminals that support HDR, 4:4:4, BT.2020 and HDCP 2.2, and will be compatible with Dolby Atmos and DTS:X via a firmware update.

Release dates have not been announced yet, but Integra's new audio lineup is now on display at CEDIA 2016 in Dallas, Texas.