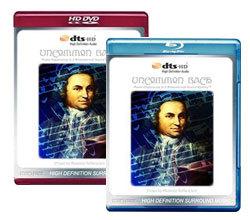 Indie distributor Surround Records has announced it will begin rolling out Blu-ray editions of its previously-issued HD DVD titles this Spring.

The previously HD DVD-exclusive label has issued a half a dozen multichannel audio releases since making its high-def debut this past summer with 'Uncommon Bach.' It now says it will expand its high-def disc support to include Blu-ray in addition to HD DVD.

As press time there was no word on which of Surround's titles would be first to hit Blu-ray, nor had an exact timeframe for the Blu-ray releases been set.