IFC Films Dates 'The Lovers' & 'The Pact II' for Blu-ray

The studio has revealed two new Blu-ray releases for July.

In an early announcement to retailers, IFC Films is preparing 'The Lovers' and 'The Pact II' for Blu-ray on July 7.

'The Lovers' - Unfolding across multiple centuries and continents, this breathtaking epic time travels to 18th century India and beyond to tell a sweeping saga of treachery, betrayal, and a love that defied all boundaries. Josh Hartnett stars as present-day marine archaeologist Jay Fennel who, following a diving accident while rescuing his wife, is left brain dead. In his comatose dream state, Fennel is transported to India circa 1778, where a young British captain (also played by Hartnett) embarks on a life-threatening mission and a steamy romance with a female warrior (Bollywood superstar Bipasha Basu). Oscar-nominated director Roland Joffé helms this exhilarating action adventure. 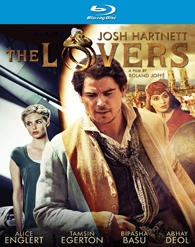 'The Pact II' - Picking up only a few weeks after the events in the new horror classic The Pact left off, this stunning sequel finds June Abbott (Camilla Luddington, Grey's Anatomy) plagued by nightmares of murder so awful that they disturb her waking life. Meanwhile, a copycat of the Judas Killer has been terrorizing her neighborhood, and when the FBI agent assigned to the case informs her of the danger, June is horrified to discover that the actions of this new killer mirror the bloody visions she's been having in her sleep. Determined to pursue her own investigation even while her grip on reality weakens, June sets off on a quest that may lead her to the horrifying truth of the Judas Killer's master plan. 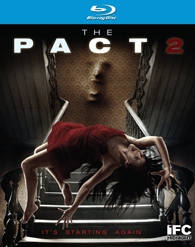 You can find the latest specs for both titles linked from our Blu-ray Release Schedule, where they're indexed under July 7.

Discs mentioned in this article: (Click for specs and reviews)
The Pact II (Blu-ray)
The Lovers (Blu-ray)