The streaming network will debut the show in 2017.

Hulu has announced its latest original series, 'The Handmaid's Tale.' The show is based on the novel of the same name by Margaret Atwood and will be produced by MGM Television.

"Hulu has established itself as a home for blockbuster television events and what better way to expand our originals offering than with a series based on this acclaimed, best-selling novel," said Craig Erwich, SVP, Head of Content, Hulu. "Margaret Atwood's The Handmaid's Tale was seen as ahead of its time and we look forward to bringing it to life on our platform."

Golden Globe Winner Elisabeth Moss ('Mad Men') is Offred, a Handmaid trying to survive in the male-dominated totalitarian regime of Gilead. Enslaved by a society that values only her fertility, Offred must find a way to survive in this world of oppression and swift, cruel punishments. 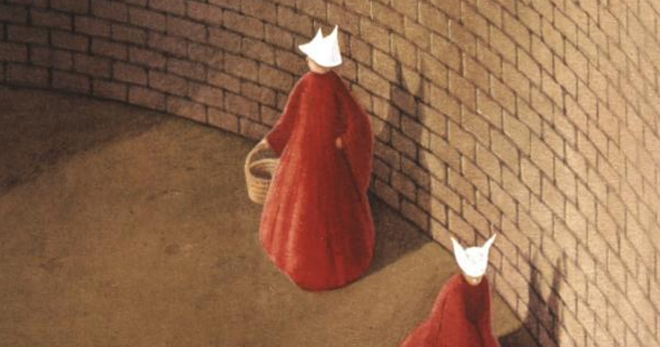 The ongoing drama series is being created, executive produced, and written by Bruce Miller ('The 100'). Daniel Wilson, Fran Sears, and Warren Littlefield ('Fargo') will also serve as executive producers. An exact release date has not been announced, but the first season is set to premiere on Hulu in 2017.

"The Handmaid's Tale is a project that we have been committed to bringing to life as its story remains as powerful today as it did when Margaret first published her novel," said Mark Burnett, President, Television and Digital Group, MGM and Steve Stark, President, Television Development and Production, MGM. "'Handmaid's Tale' has won multiple awards inspiring a film, a graphic novel, an opera, a ballet and finally, for the first time, a compellingly immersive drama series that has found the perfect home at Hulu and its star in Elisabeth Moss."