Three cartoons are being added to the platform.

Hulu has announced new content licensing agreements to expand its collection of kids and family content. The deals include the exclusive SVOD rights to all episodes of 'Dot.' from The Jim Henson Company, along with the exclusive streaming rights to Disney XD's 'Counterfeit Cat' and 'Camp Lakebottom.'

'Dot.' is based on the book of the same title by New York Times best-selling author and tech expert Randi Zuckerberg. The technology-themed preschool series has been a top performing franchise on Sprout since its launch last fall. The series features Dot, an 8-year old inquisitive and exuberant tech-savvy girl who launches herself into adventures and fearlessly sets about solving problems – her own, her best friend’s or her best dog’s – in the same way any 8-year old would…by making mistakes and laughing even more along the way.

All previous episodes of 'Dot.' will be available to stream through Hulu starting April 15. 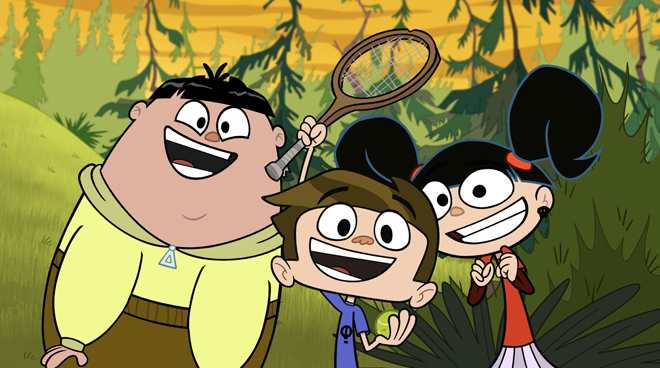 'Camp Lakebottom' is an animated children’s series (ages 6-11) about 12-year-old prankster McGee, who was headed for an awesome summer at Camp Sunny Smiles when his bus took a wrong turn and landed him at old, run down and ridiculously spooky Camp Lakebottom.

All past episodes of 'Camp Lakebottom' will be available to stream through Hulu starting April 8.

'Counterfeit Cat' follows the story of an unconventional friendship between a lazy, selfish house cat and an excitable, naive alien with a mysterious destiny and a homemade purple cat suit.

All episodes of 'Counterfeit Cat' will hit Hulu on March 17.

All episodes of 'Counterfeit Cat' will hit Hulu on March 17.