Hulu has officially launched its new live TV streaming beta service. The platform offers live and on demand programming from more than 50 popular sports, news, entertainment, and kids' channels, along with Hulu's existing streaming library for $40 per month. New users can also receive a one week free trial.

"Nearly a decade ago, Hulu forever redefined the way people watch TV. Today, as we add live sports, news and entertainment and introduce a more intuitive Hulu, we want to redefine the way people experience TV," said Hulu CEO Mike Hopkins . "By bringing together thousands of live, on-demand and library shows and movies — and serving them up in a uniquely personalized way – Hulu can now be a viewer’s primary source of television. It’s a natural extension of our business, and an exciting new chapter for Hulu." 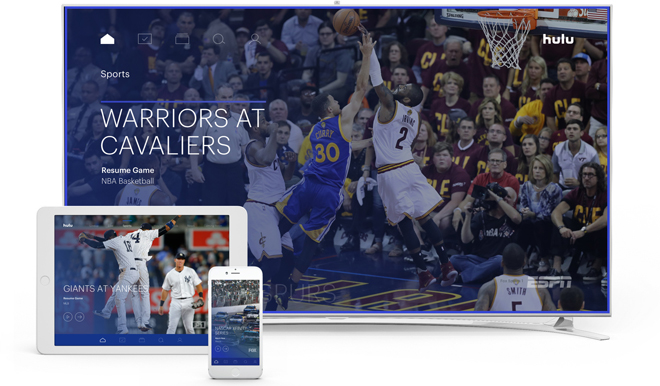 The Hulu Live TV Beta uses a convenient new interface which blends together live, recorded and on-demand content with a personalized experience. In addition, the service includes 50 hours of recording storage, up to six individual profiles, and two simultaneous streams per account. Likewise, customers also have options to upgrade to an enhanced Cloud DVR and unlimited in-home screens.

"We have always believed that TV should fit your lifestyle, not the other way around," said Ben Smith, Hulu’s SVP and Head of Experience. "You shouldn’t have to think about whether something is live, recorded or on demand, or care about which device you're using.  TV is about connecting with the shows, movies and sports you love – and we want to make that really easy for you, no matter where you’re watching."