HTC has announced pricing and availability for the HTC One M9. Pre-orders start March 27 at 12:01 AM ET for an April 10 release.

"The craftsmanship of our new HTC One M9 resembles that of a fine watch. We’ve retained our iconic design but made it even better while not compromising on what is important to our customers," said Jason Mackenzie, president of HTC America. 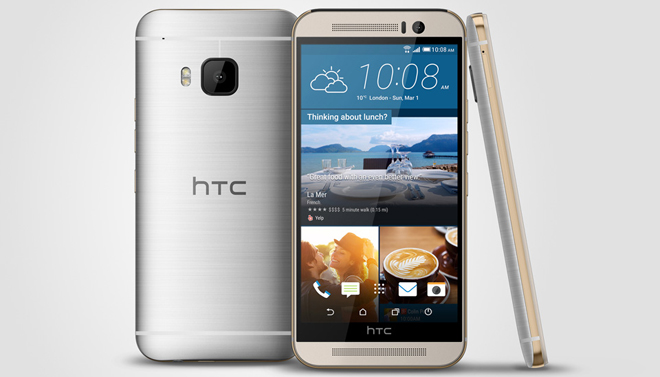 The HTC One M9 features a 5-inch full HD 1080p LCD display along with an elegant all-metal unibody design. Under the hood, the smartphone is powered by a Qualcomm Snapdragon 810, octa core 64-bit (4 x 2.0GHz + 4 x 1.5GHz) CPU, 3GB of RAM, and a 2840 mAh battery running Android 5.0 with HTC Sense 7. A 20MP rear camera with 4K video recording support, and an UltraPixel front camera with low-light capture support are included as well. In addition, the device includes HTC BoomSound along with dual front-facing speakers and simulated Dolby 5.1 surround sound. Finally, the purchase of an HTC One M9 includes the company's UH OH Protection that offers "a one-time free replacement within the first 12 months of purchase for cracked screens, water damage or a different carrier variant for customers wanting or needing to switch networks."

The HTC One M9 with UH OH Protection will be available through AT&T, Sprint, T-Mobile and Verizon. Likewise, an unlocked version will be on sale through HTC's website for $649.