The premium cable network will return to the Seven Kingdoms next year.

As detailed in new reports from Deadline, HBO has revealed more information related to its recently announced Game of Thrones prequel series pilot. Likewise, the network has also announced a release window for the upcoming eighth and final season of the original series.

Though an exact date has not been confirmed yet, according to HBO programming president Casey Bloys, the final season of Game of Thrones is set to premiere in the first half of 2019. The season will feature six episodes.

Meanwhile, Bloys also offered a few more tidbits about the network's spin-off pilot from George R.R. Martin and Jane Goldman. The show will be a prequel set eight thousand years before Game of Thrones. As such, none of the cast from the current show will appear in the new series. Instead, the story will focus on a very different time in Westeros' history with a new ensemble featuring a mix of strong female and male characters. 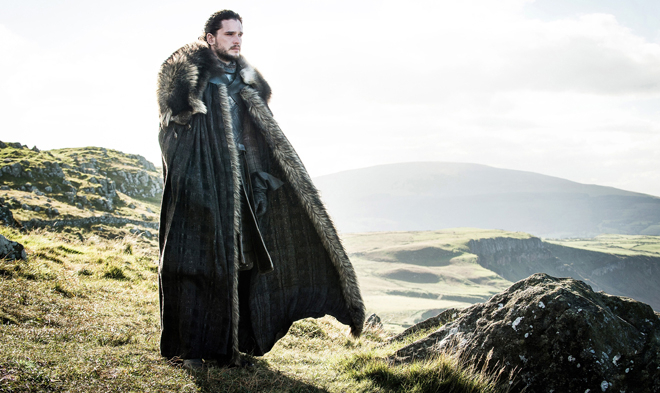 George R. R. Martin, the author behind the Song of Ice and Fire book series, co-wrote the story for the pilot with Jane Goldman (Kingsman, X-Men: First Class). Goldman also handled the teleplay and is set to act as the showrunner for the still untitled project. The script is the first Game of Thrones spinoff to receive a pilot order, beating out four other potential spinoffs. Some of those additional scripts are no longer under consideration while others remain a possibility for a future greenlight -- though HBO has not confirmed an exact number.

The prequel pilot is gearing up to begin casting, and production is expected to start next year. A director has not been announced yet. If the pilot is picked up for a full season, the show will premiere sometime after Game of Thrones finishes its run.