HBO has officially launched its HBO NOW platform. The premium streaming service provides access to all of HBO's programing, including the upcoming fifth season of 'Game of Thrones' without a traditional cable or satellite subscription.

To sign up for HBO NOW, Apple customers can download the app on their iPhone, iPad, iPod touch or Apple TV. After that, users can register directly through the app. In addition, Optimum online customers can also sign up for the service through the Optimum.net/HBONOW website or by calling 866-262-9329. Once an account is created, HBO NOW can be viewed through an iOS device, Apple TV, or computer, providing access to more than 2,000 popular series and movies, including 'Game of Thrones,' 'True Detective,' 'Silicon Valley,' 'Girls,' 'Veep,' 'The Wire,' 'Divergent,' 'X-MEN: Days of Future Past,' 'Neighbors,'  and 'Dawn of the Planet of the Apes.' 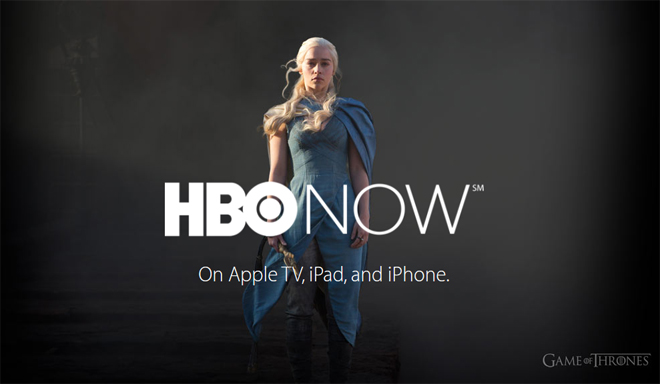 Customers who sign up for the service in April will receive a 30-day introductory free trial. After that, HBO NOW costs $15 per month. Support for more devices has not been announced yet, but Apple's exclusivity is reportedly set for a three month period. The Apple TV is currently on sale for $68.