HBO's 'The Leftovers: The Complete First Season' Announced for Blu-ray

The first season of the fantasy series is planned for Blu-ray in October.

In an early announcement to retailers, HBO is set to release 'The Leftovers: The Complete First Season' on Blu-ray October 6.

When 2% of the world's population abruptly disappears without explanation, the world struggles to come to terms with what happened. Three years later, the HBO drama series, The Leftovers tells the story of the people who didn't make the cut.

Based on the bestselling novel by Tom Perrotta, the series follows Kevin Garvey (Justin Theroux), a father of two and the chief of police in a small New York suburb, as he tries to maintain some semblance of normalcy when the notion no longer applies. Created by Lost co-creator Damon Lindelof and Perrotta, the series is executive produced by Lindelof, Perrotta and Friday Night Lights executive producers Peter Berg and Sarah Aubrey. Lindelof serves as the series showrunner.

The 4-disc set will feature 1080p video, lossless 5.1 audio, and supplements have yet to be revealed.

You can find the latest specs for 'The Leftovers: The Complete First Season' linked from our Blu-ray Release Schedule, where it's indexed under October 6. 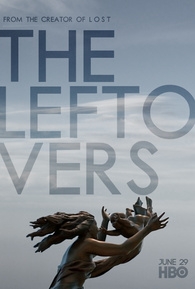