The drama starring Queen Latifah will arrive on Blu-ray in just a few weeks.

In an early announcement to retailers, HBO will be releasing 'Bessie' on Blu-ray on September 1.

Bessie offers an intimate look at the determined woman whose immense talent and love for music took her from anonymity in the rough-and-tumble world of vaudeville to the 1920s blues scene and international fame. Capturing Bessie's professional highs and personal lows, the film paints a portrait of a tenacious spirit who, despite her own demons, became a celebrated legend. Throughout the years, Bessie Smith has served as an inspiration for such illustrious singers as Billie Holiday, Aretha Franklin, Janis Joplin and Nina Simone, among others.

You can find the latest specs for 'Bessie' linked from our Blu-ray Release Schedule, where it is indexed under September 1. 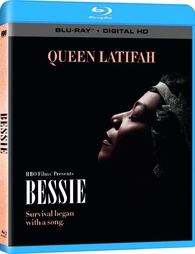