FROM THE EARTH TO THE MOON Announced for Blu-ray

The critically-acclaimed miniseries has been remastered and will be released on Blu-ray this July!

HBO is set to release From the Earth to the Moon on Blu-ray on July 16th.

All 12 episodes of Tom Hanks’ From the Earth to the Moon miniseries have been fully remastered in HD. It's also worth mentioning that the “standard definition visual effects have been replaced with brand-new [HD] CG effects that are based on reference models from NASA” and the Blu-ray will feature a remixed soundtrack in Dolby Atmos. The Blu-ray will also include the Inside the Remastering featurette.

CollectSpace has also reported: “On July 15, all 12 digitally-remastered episodes will be available to watch on HBO Go, HBO Now and HBO On Demand. Then, on July 20—the 50th anniversary of the first moon landing—HBO2 will air a marathon of the complete series, starting at 8:45 a.m. (ET/PT).” 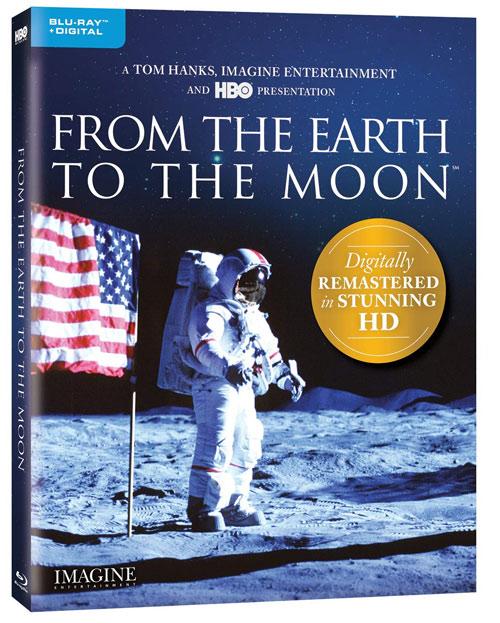 You can find the latest specs for From the Earth to the Moon linked from our Blu-ray Release Schedule, where it is indexed under July 16th.