Google's Nexus 9 is now available for purchase. The 8.9-inch tablet is co-developed by HTC and is powered by the new Android 5.0 "Lollipop" OS.

The Nexus 9 tablet features an 8.9-inch IPS LCD QXGA 2048x1536 display with a 4:3 aspect ratio. Under the hood, the device uses a 64-bit NVIDIA Tegra K1 Dual Denver CPU at 2.3GHz, a 192-core Kepler GPU, 2GB of RAM, and a 6700 mAh battery. An 8MP rear camera and a 1.6MP front camera are included as well. In addition, the tablet offers integrated front-facing HTC BoomSound speakers, and a separate magnetic keyboard option. 16GB and 32GB models are available. 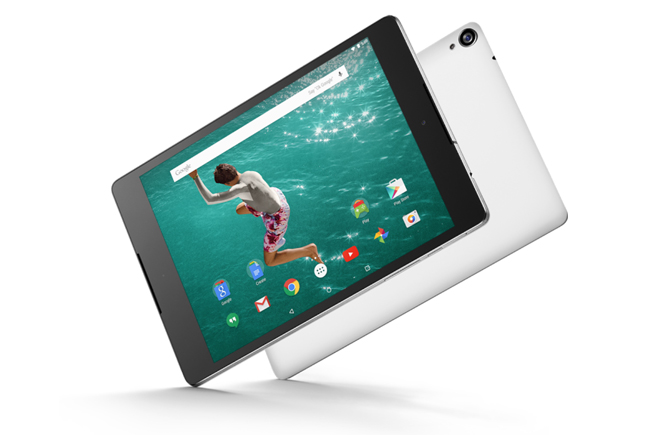