'If I Stay' Dated for Blu-ray

R.J. Cutler's fateful drama is headed for Blu-ray in November. You can pre-order it here.

In an early announcement to retailers, 20th Century Fox will be releasing 'If I Stay' on Blu-ray on November 18.

Mia Hall (Chloë Grace Moretz) thought the hardest decision she would ever face would be whether to pursue her musical dreams at Juilliard or follow a different path to be with the love of her life, Adam (Jamie Blackley). But what should have been a carefree family drive changes everything in an instant, and now her own life hangs in the balance. Caught between life and death for one revealing day, Mia has only one decision left, which will not only decide her future but her ultimate fate.

You can find the latest specs for 'If I Stay' linked from our Blu-ray Release Schedule, where it is indexed under November 18. 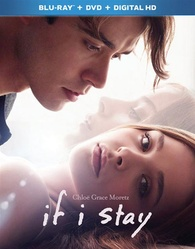