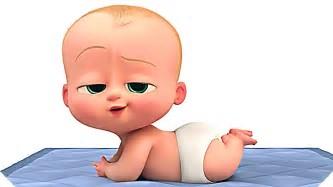 The animated comedy is available for preorder on all three formats at Amazon.

As previously reported, DreamWorks is preparing 'The Boss Baby' for Blu-ray, Blu-ray 3D, and 4K Ultra HD Blu-ray later this year, and now the date has been set for July 25.

A new baby's arrival impacts a family, told from the point of view of a delightfully unreliable narrator -- a wildly imaginative 7-year-old named Tim. The most unusual Boss Baby (Alec Baldwin) arrives at Tim's home in a taxi, wearing a suit and carrying a briefcase. The instant sibling rivalry must soon be put aside when Tim discovers that Boss Baby is actually a spy on a secret mission, and only he can help thwart a dastardly plot that involves an epic battle between puppies and babies.

The Boss Baby comes loaded with bonus features including the NEW Mini Adventure, a 3-minute action-packed journey through time featuring Boss Baby and Tim. Join the fun as Boss Baby and Tim battle pirates, travel through outer space, swim deep into the sea, and go toe-to-toe with some ferocious dinosaurs! Additional bonus materials include featurettes like "Cookies are for Closers: Inside BabyCorp," Deleted Scenes and more!

You can find the latest specs for 'The Boss Baby' linked from our Blu-ray Release Schedule, where it's indexed under July 25. 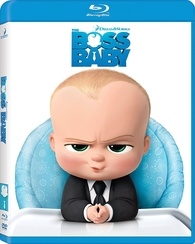 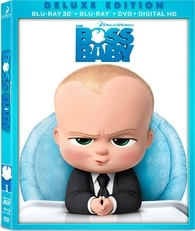 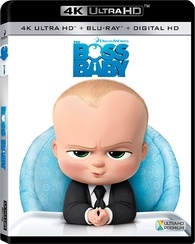