The animated flick is launching toward Blu-ray 3D in July. You can pre-order the movie now.

In an early announcement to retailers, DreamWorks is preparing 'Home' for Blu-ray and Blu-ray 3D on July 28.

When Oh, a loveable misfit from another planet, lands on Earth and finds himself on the run from his own people, he forms an unlikely friendship with an adventurous girl named Tip who is on a quest of her own. Through a series of comic adventures with Tip, Oh comes to understand that being different and making mistakes is all part of being human. And while he changes her planet and she changes his world, they discover the true meaning of the word 'Home.'

You can find the latest specs for 'Home' linked from our Blu-ray Release Schedule, where it's indexed under July 28. 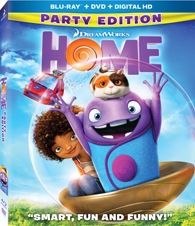 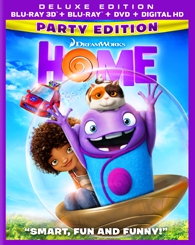