'Nothing Bad Can Happen' Dated for Blu-ray

The acclaimed German thriller is headed for Blu-ray next month. You can pre-order it here.

In an early announcement to retailers, Drafthouse Films will be releasing 'Nothing Bad Can Happen' on Blu-ray on October 14.

Inspired by atrocious true events, Nothing Bad Can Happen (original German title: Tore Tanzt) follows Tore (Julius Feldmeier), a young man involved with an underground Christian punk movement called the Jesus Freaks. The gentle Tore falls in with a family curious to test his seemingly unwavering religious faith. As his trials become more and more extreme, Tore finds his capacity for love and resilience pushed to its limits and beyond.

A confident and intense debut film from German writer-director Katrin Gebbe and producer Verena Gräfe-Höft, Nothing Bad Can Happen premiered at the 2013 Cannes Film Festival. It went on to win the New Auteur Award at AFI Fest, Best Feature Film and Best Actor at the German Film Critics Association Awards, and the Best Actress Award at Fantastic Fest 2013.

The Blu-ray will feature 1080p video, lossless 5.1 audio, and supplements include: Tore Tanzt: A Conversation With Julius, Katrin and Verena; An interview with director Katrin Gebbe; 12-page booklet of essays on the film; Theatrical trailer; and a digital download of the film.

You can find the latest specs for 'Nothing Bad Can Happen' linked from our Blu-ray Release Schedule, where it is indexed under October 14. 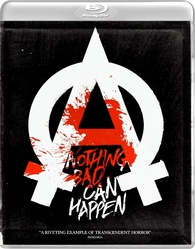