Jaunt VR content with Dolby Atmos can be played through any pair of stereo headphones. At launch, the Dolby Atmos portal includes titles like ': Live and Let Die,' ': Ball & Biscuit,' ': Freedom at 21,' 'Revolt: Big Sean,' the 'Pure McCartney VR series,' 'Black Mass,' 'Rapid Fire: A Brief History of Flight,' 'Earth Encounter,' 'Collisions,' the 'North Face series,' 'Zombie Purge,' 'Time Bubble,' 'Other Space,' 'Visions of ,' and more. In addition, Jaunt is also releasing the latest episode in the multi-part documentary series, Pure McCartney VR, in Dolby Atmos. Titled "Mull of Kintyre," the episode features the legendary musician as he recounts the inspirations and stories behind the 1977 song of the same name. 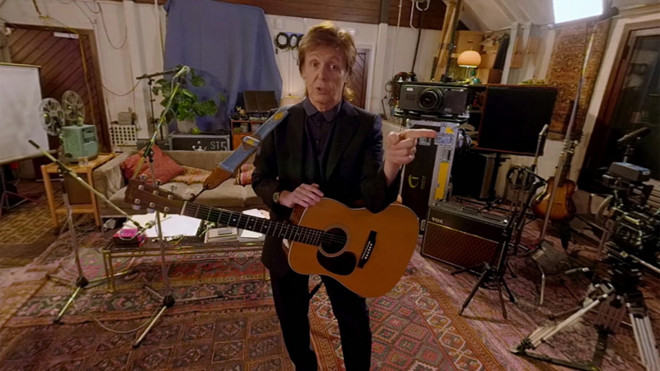 "Over the past twelve months, we've been working closely with  and leading filmmakers, musicians and brands to create a library of marquee titles leveraging the Dolby Atmos technology. We truly believe high quality immersive audio in VR is more than half the experience. We're very excited to offer Dolby Atmos support in the Jaunt VR App for consumers' enjoyment," said , President of . "Experiences like 'Mull of Kintyre' in Dolby Atmos truly make you feel like you're standing there inside of the studio with Paul as his stories come to life all around you."

Users can download the Jaunt VR app with the Dolby Atmos portal through supported devices now.