When I decided to turn an unused playroom into an intimate home theater, I transferred much of my existing A/V equipment into the new area. But I left my 65” OLED 3D-capable TV where it was. I wanted to maintain the ability to watch 4K UHD and 3D Blu-ray discs on that television, and I wanted high-quality sound as well. What I didn’t want was a cluster of bulky speakers cluttering the room and a tangle of cables behind the TV. I envisioned this setup as sleek and streamlined, and believed a high-quality, high-def Dolby Atmos soundbar with unobtrusive wireless rear speakers would be the perfect solution.

Yet finding the perfect soundbar wasn’t as easy as I thought it would be.

After doing a fair bit of research, I ordered both Sony’s HT-Z9F and LG’s SK10Y systems along with their respective wireless rear speakers. Both sit on the high-end of the price spectrum, with the Z9F currently selling for $798 (reduced from $899) and the LG selling for $999 (reduced from $1,099). (Sony’s rear speakers, which retail for $299, are more expensive than LG’s, which list for $179.) I reviewed both systems for HDD. For my full, in-depth analysis of the Sony HT-Z9F, click here. For my full, in-depth take on the LG SK10Y, click here.

Which system is better? I pitted them against each other and put them through rigorous testing over a two-week period. Here’s what I found...

- come equipped with a wireless subwoofer and remote

- pump out more than sufficient power

- contain 2 HDMI inputs, one HDMI out (ARC compatible), one optical input, and one Ethernet input

- can work with Google Assistant

WHERE THE SONY HT-Z9F HAS THE EDGE 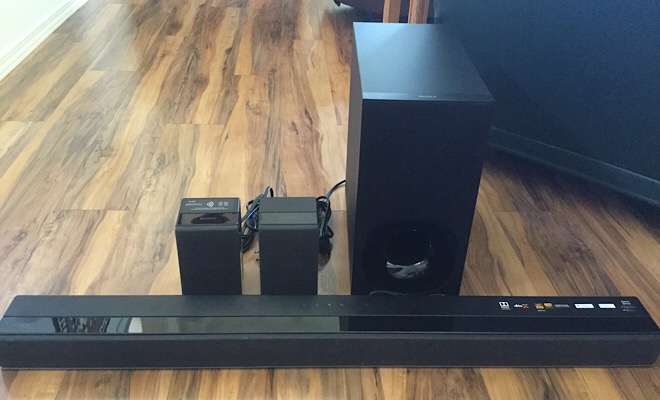 - both Dolby Atmos and DTS:X support

- on-screen display for movies and music

- ability to turn off LED display, if desired

WHERE THE LG SK10Y HAS THE EDGE 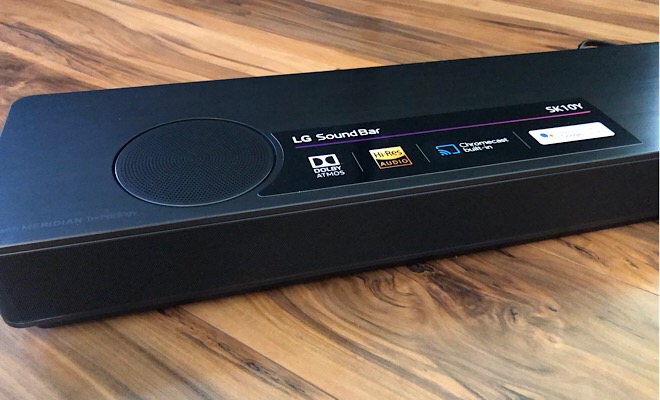 - coupled with the optional rear speakers, provides a 7.1.2 surround experience

WHERE THE SONY HT-Z9F FALLS SHORT 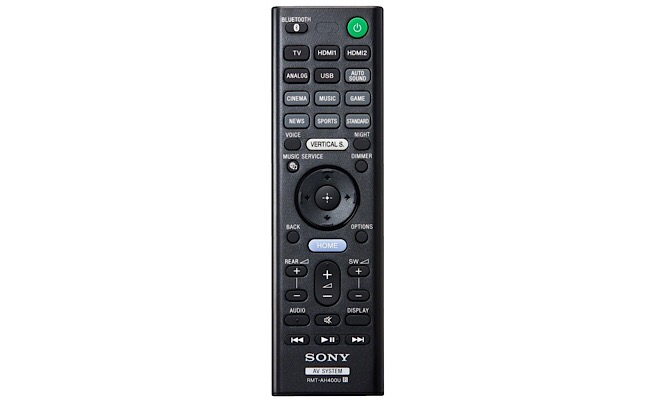 - no treble or bass adjustments for music

- no phone app to control the unit

WHERE THE LG SK10Y FALLS SHORT 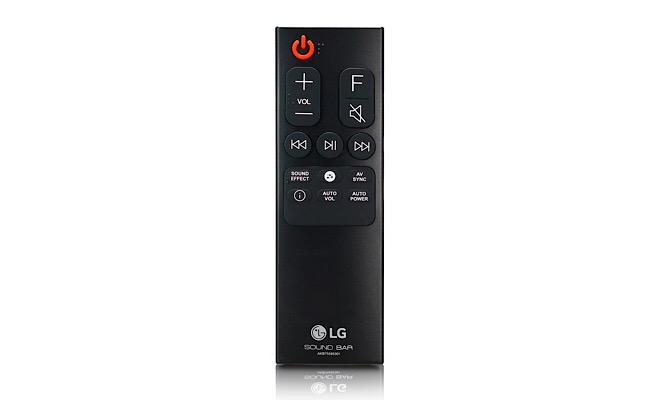 - despite firmware update, dialogue still gets drowned out by effects during high-tech action, sci-fi, and fantasy movies

- rear speakers must connect to a separate receiver via speaker wire, adding unsightly clutter and an extra component to the setup

- LED light only dims, does not go out, which could distract some viewers when watching content in a dark room

- remote is too simple and doesn’t have quick access buttons

Both soundbar systems have their similarities and differences, attributes and faults. Neither one hits a home run, but after a deep dive, I chose the Sony HT-Z9F, which I found to have better all-around sound quality, a more streamlined setup, fewer components, and features that better suit my needs and satisfy my personal home theater preferences. The LG SK10Y has the chops to beat its Sony rival, but until the center channel/dialogue and maximum volume issues are fixed, it’s not really a worthy competitor. (I also found the inability to turn off the LED display on the LG to be another serious strike against it.) Multi-channel audio effects are a lot of fun, but as William Shakespeare once famously wrote, “the play’s the thing,” and if verbal exchanges are subjugated by explosions, gunfire, and swelling music, it’s tough to truly enjoy a movie. The Sony HT-Z9F may not provide the perfect Atmos experience, but it supplies high-quality, well-balanced, adjustable surround sound that complements any genre of film and is a fine substitute for a traditional receiver-based setup. In this head-to-head battle, the Sony HT-Z9F scores a decisive victory.

Buy the Sony HT-Z9F from Amazon.com OR from BestBuy.com!

Buy the LG SK10Y from Amazon.com OR from BestBuy.com!