For this edition, we're covering new Huawei MateBook laptops with Dolby Atmos technology, an Acer tablet with a quantum dot display, the launch of Alexa voice control for the DISH Hopper DVR, the arrival of the Starz app on Samsung Smart TVs, and Screen Innovations' ambient light rejecting tech.

Huawei has revealed its new series of MateBook Laptops. The products will feature the world's first Dolby  System with custom speakers and software specially designed for a PC form factor.

"Dolby Atmos Sound System is enabling a new level of immersive experiences through PC speakers, extending the reach of Dolby Atmos into the portable realm," said , SVP, , . "This innovation is made possible through deep collaboration in both hardware and software engineering, and we are thrilled to partner with Huawei on its new feature-rich set of laptops."

The MateBook Dolby Atmos Sound Systems were developed in partnership with Dolby and offer boosted bass, enhanced volume without distortion on speakers and headphones, and a larger range of frequencies. The flagship Huawei MateBook X model will include two motors in each speaker, placed in an upward-firing configuration to direct sound at the listener in a clear and natural way. And beyond Atmos audio, the MateBook X features a 13-inch 2K display, a seventh-generation Intel Core i7 processor, 8GB of RAM, and a 512GB SSD. In addition, the Huawei MateBook D will also feature a Dolby Atmos Sound System.

"We are very excited to continue our track record of bringing to market high-end consumer devices with the latest technologies," said , CEO of Huawei's . "And what better way to showcase our innovation than working with , the innovator in sound and imaging technology, to bring the best possible audio experience to our customers."

Pricing has not been announced for the new Huawei MateBook laptops with Dolby Atmos, but the MateBook X is expected to hit the market this summer.

Acer has announced the latest addition to its tablet lineup. The new Iconia Tab 10 (A3-A50) has been designed with premium multimedia experiences in mind, and includes quantum dot display technology.

The device is powered by quad-core MediaTek processor running Android 7.0 Nougat, and is rated for up to 8 hours of battery life. An Acer-patented subwoofer and four speakers with DTS-HD Premium Sound are integrated as well, along with 802.11ac wireless support. 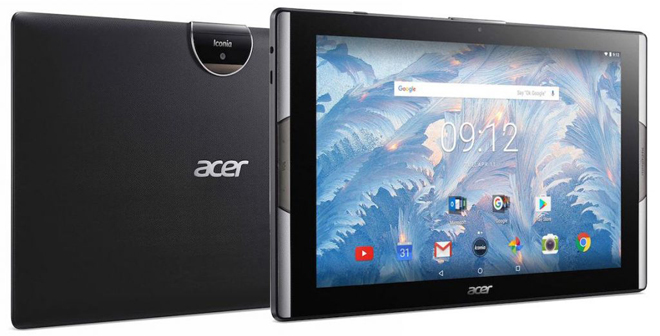 In addition, the 10-inch IPS display features wide-viewing-angles and quantum dot technology. Quantum dot tech places nano-crystals on a film over an LCD display's backlight. The nano-crystals then emit different colors when exposed to light depending on their size, offering a wider color range with higher brightness, deeper saturation, and better accuracy.

Pricing and availability for the Iconia Tab 10 (A3-A50) has not been announced yet.

DISH has announced the arrival of Amazon Alexa compatibility for its Hopper 3 and Wally set-top boxes. With Alexa support, users can now control their set-top boxes with voice commands through a paired Amazon Echo, Echo Dot, or Amazon Tap.

"Hopper and Alexa introduce next-level convenience that redefines the way TV fits into our lives," said Niraj Desai, DISH vice president of product management. "Instantly, it's easier to read player stats on your phone while flipping between basketball games; to chop ingredients in the kitchen while rewinding a TV scene you just missed; to snack on popcorn while searching for your favorite film – the list goes on."

Meanwhile, DISH has also announced the launch of its DISH Anywhere app on the Amazon Fire TV and Fire TV Stick. The app lets Hopper customers watch all of their live and recorded content, along with thousands of DISH on-demand titles, from any location on Internet-connected mobile devices, computers, and now through Fire TV devices.

"While DISH Anywhere has historically been embraced on mobile devices, users are now getting even more of what they want – their DISH subscription on any TV at no extra cost," said Niraj Desai, DISH vice president of product management. "DISH Anywhere on Fire TV is an excellent value that further brings choice and flexibility to our customers' television experience."

Samsung has announced the addition of the Starz streaming app to select Samsung Smart TVs, including 2014 and newer models with the Smart Hub.

The Starz streaming service provides access to more than 4,300 selections each month, including STARZ original series like Outlander, Power, The Girlfriend Experience, and American Gods, as well as popular movies including Ant-Man and Star Wars: The Force Awakens. The app is available as a standalone service for $9 per month. Likewise, users who already have an authenticated Starz subscription from participating cable, satellite, and telco partners can also use the app as part of their existing plan. 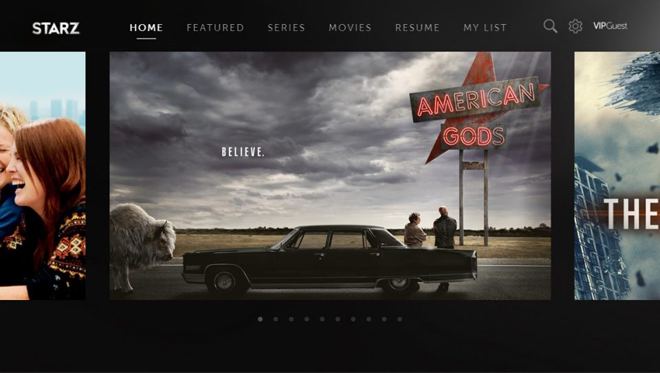 Screen Innovations has released a new educational video discussing the technology behind Ambient Light Rejecting Screens (ALR) for projectors. The clip explains why not all ALR screens are created equal and details three different ways the company can bring the big screen experience to viewers, even with the lights on. Check out the video below!

Screen Innovations has released a new educational video discussing the technology behind Ambient Light Rejecting Screens (ALR) for projectors. The clip explains why not all ALR screens are created equal and details three different ways the company can bring the big screen experience to viewers, even with the lights on. Check out the video below!