'Transformers: Age of Extinction' will be the first Blu-ray disc to offer a Dolby Atmos audio mix for home theaters.

Dolby has finally announced the first Blu-ray title to include an Atmos soundtrack. Paramount's 'Transformers: Age of Extinction' on Blu-ray and Blu-ray 3D will support the new audio technology when it hits stores on September 30. Likewise, VUDU will be the first streaming service to offer Atmos support.

"Dolby Atmos, the most significant audio advancement in home theater in the last 20 years, brings consumers deeper into the story by delivering an experience that moves sound in every dimension throughout the room with amazing clarity and true-to-life detail," said Doug Darrow, Senior Vice President, Dolby Laboratories. "Pioneered and perfected in the cinema, Dolby Atmos has generated tremendous excitement from the home theater industry and enthusiasts alike. We have teamed up with an amazing group of industry leaders to give consumers around the world the very best entertainment experience when they choose to watch a Dolby Atmos movie in their home."

Dolby Atmos home theater technology uses object-based mixing to expand audio design beyond the traditional limitations of channel-based systems, and includes the addition of overhead sound. For more information check out Dolby's Atmos website. 'Transformers: Age of Extinction' will mark the technology's home theater debut and Paramount plans to offer more films with Atmos support on Blu-ray and streaming services later this year. Likewise, Warner Bros. will also be supporting Atmos on Blu-ray and streaming, though specific titles have not been announced yet.

"If you’ve experienced Transformers: Age of Extinction in Dolby Atmos in the cinema, you understand the power of sound to transport you right into the middle of the action," said Edward Hoxsie, Senior Vice President, Worldwide Product Production & Fulfillment, Paramount Pictures. "Soon, home theater enthusiasts will be able to experience Dolby Atmos movies the way they were meant to be heard, right in their living rooms."

Finally, customers will soon be able to get ears-on impressions of Dolby Atmos through retailer demos launching in several stores. Select Magnolia Home Theater and Design Centers will have Atmos demonstrations in October and more stores including hhgregg, Future Shop, Best Buy Canada, Crutchfield and Bjorn’s will also have demos in the fall. 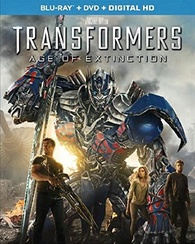 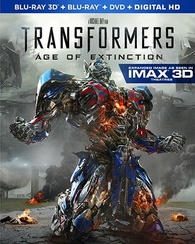