The streaming service is coming to several different connected platforms and regions around the world.

Disney has revealed initial device support for its Disney+ streaming app. Likewise, the studio has also announced pricing and availability for several markets outside of the US.

Disney+ will arrive in the US on November 12 for $6.99 per month or an annual subscription price of $69.99. Likewise, users can also sign up for a streaming bundle with Disney+, Hulu, and ESPN+ for $12.99 per month. Here's a rundown of connected devices and platforms set to offer the app at launch per Disney: 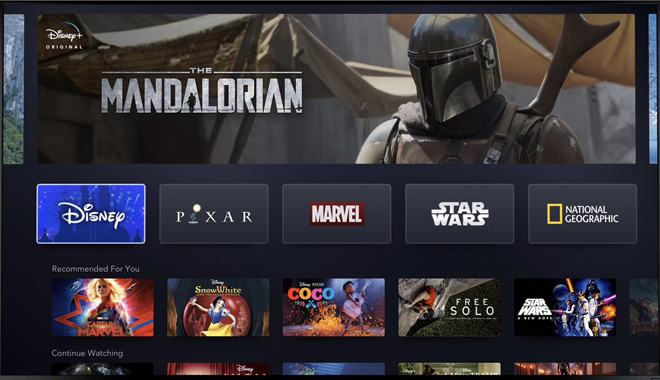 Disney+ will feature an extensive library of Disney, Pixar, Marvel, Star Wars, and National Geographic content, including exclusive Marvel shows like Hawkeye, Loki, WandaVision, The Falcon and The Winter Solider, and What If…?; along with an exclusive Star Wars: Rogue One prequel series starring Diego Luna and a second& Star Wars live-action show titled The Mandalorian. Likewise, the service will be home to several original movies and is also expected to house Disney's complete vault of catalog films and all 30 seasons of The Simpsons.