The infamous bounty hunter is getting his own standalone movie.

According to The Hollywood Reporter, filmmaker James Mangold is being tapped to write and direct a new Star Wars spinoff movie focused on Boba Fett. Likewise, Disney is also reportedly working on an Obi-Wan Kenobi standalone film with Stephen Daldry (The Reader) in talks to direct.

Boba Fett made his first big-screen appearance in The Empire Strikes Back as one of the bounty hunters hired to track down Han Solo. And though the character met his untimely demise at the tentacles of the Sarlacc in Return of the Jedi, George Lucas elaborated on Boba Fett's origin in the second prequel film, Attack of the Clones. In that installment, the character was played by Daniel Logan and was revealed to be a child clone of Jango Fett (Temuera Morrison). Logan also provided Boba Fett's voice in The Clone Wars animated series. Plot details for the new movie are unknown, and it's not clear if Daniel Logan or Temuera Morrison will return to the role. 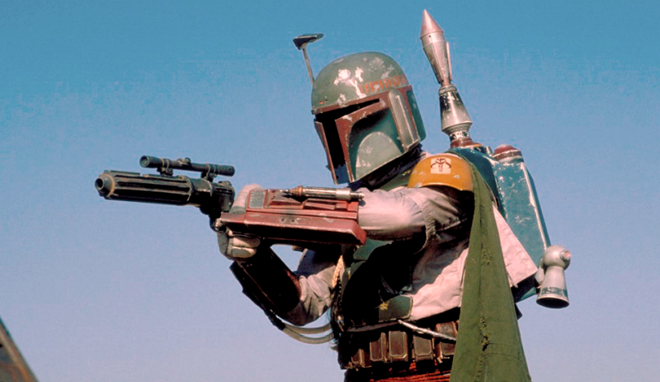 Other films from director James Mangold include Logan, The Wolverine, 3:10 to Yuma, Walk the Line, and Cop Land. Filmmaker Simon Kinberg (X-Men: Dark Phoenix) was previously rumored to be developing a Boba Fett movie, but it remains to be seen if he's still involved in the project. Kinberg worked as a producer on Mangold's Logan.

Beyond the new Boba Fett movie, Disney is set to release Solo: A Star Wars Movie on May 25. Star Wars: Episode IX will then follow on December 20, 2019. The final entry in the trilogy will be directed by J.J. Abrams. In addition, filmmaker Rian Johnson (Star Wars: The Last Jedi) is developing an entirely new trilogy of Star Wars films, and Game of Thrones showrunners David Benioff and D.B. Weiss are also working on new films for the franchise. Meanwhile, Jon Favreau has been tapped to executive produce and write a new live-action Star Wars show for Disney's upcoming streaming platform.