The family action-adventure is now up for Blu-ray pre-orders at Amazon.

In an early announcement to retailers, Disney/Buena Vista is preparing to bring 'The Jungle Book' to Blu-ray later this year.

The film is a live-action retelling of the story of an orphan boy is raised in the Jungle with the help of a pack of wolves, a bear and a black panther.

You can find the latest specs for 'The Jungle Book' linked from our Blu-ray Release Schedule, where it is indexed under PENDING. 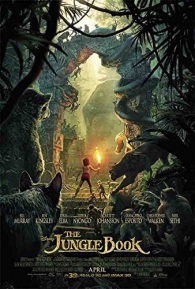