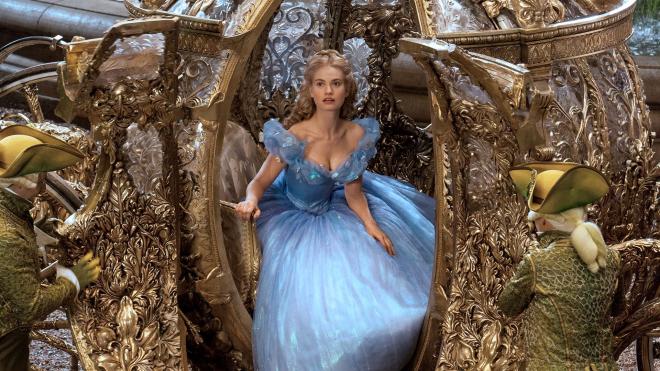 Both titles will be available in stores at the end of June.

Disney has revealed that Cinderella will be joining the Signature Collection on June 25.

Recently added to the prestigious National Film Registry, the animated classic centers on kind and hardworking Cinderella, who is ordered around by her cruel stepmother, her awful stepsisters — even the big clock in the church tower tells her when to start another day of drudgery. But they can't stop her from dreaming, and Cinderella has faith that someday her wishes will come true. When an invitation to the royal ball arrives, Cinderella is sure her time has come — until her stepsisters, with the encouragement of Lady Tremaine, tear her gown to shreds. Just when Cinderella believes all is lost, her Fairy Godmother appears, and with a wave of her wand and “Bibbidi-Bobbidi-Boo,” transforms an ordinary pumpkin into a magnificent coach and Cinderella’s rags into a gorgeous gown, then sends her off to the Royal Ball. But Cinderella’s enchanted evening must end when the spell is broken at midnight. It will take the help of her daring animal mice friends and a perfect fit into a glass slipper to create the ultimate fairy tale ending.

Cinderella is the ninth title to join the Walt Disney Signature Collection, which includes groundbreaking films created or inspired by the imagination and legacy of Walt Disney, featuring timeless stories and characters that have touched generations. The film takes its place alongside “Snow White and the Seven Dwarfs,” “Beauty and the Beast,” “Pinocchio,” “Bambi,” “The Lion King,” “Lady and the Tramp,” “Peter Pan” and “The Little Mermaid.”

The release will include classic features plus two new supplements:

Try This Trivia on for Size – Join Ruth Righi and Ava Kolker from Disney Channel's Sydney to the Max and put your knowledge of Cinderella to the test.

In Walt’s Words: Enhanced Edition – Watch the movie and gain some insight into its production with storyboards, archival photos, sketches and transcripts.

The release will feature a Dolby Atmos soundtrack and supplements include:

A Fairy Tale Comes to Life – Filmmakers and cast reflect on Cinderella’s enduring power, and the joys and challenges of bringing this iconic tale to life.

Costume Test Fun – See the work of Academy Award-winning® costume designer Sandy Powell (“The Aviator,” 2004) and share some lighthearted moments with the cast.

Staging The Ball – You’re invited behind the scenes for the making of the Palace Ball sequence, including its spectacular set, stunning costumes and more. It’s a lavish and massive undertaking … and a magical day on set.

Alternate Opening: Ella’s Childhood – View moments from Ella’s idyllic childhood that do not appear in the movie. With an introduction by Director Kenneth Branagh.

Frozen Fever – It’s Anna’s birthday, and Elsa and Kristoff are determined to give her the best celebration ever — but when Elsa catches a cold, her powers may put more than just the party at risk.

You can find the latest specs for both editions of Cinderella linked from our 4K and Blu-ray Release Schedules, where it is indexed under June 25. 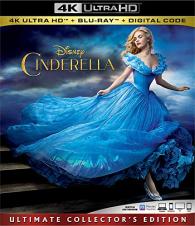