The animated action adventure can now be pre-ordered at Amazon.

In an early announcement to retailers, Disney/Buena Vista will be bringing 'Big Hero 6' to Blu-ray in the near future.

You can find the latest specs for 'Big Hero 6' linked from our Blu-ray Release Schedule, where it's indexed under PENDING. 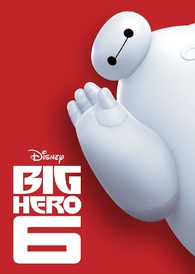