Disney will be bringing all three animated features to Blu-ray in February.

In an early announcement to retailers, Disney/Buena Vista is preparing to release 'Porco Rosso', 'Pom Poko', and 'Tales from Earthsea' on Blu-ray on February 3.

'Porco Rosso' - Take flight with "Porco Rosso," a valiant World War I flying ace! From tropical Adriatic settings to dazzling aerial maneuvers, this action-adventure from world-renowned animator Hayao Miyazaki is full of humor, courage and chivalry. When "Porco"—whose face has been trans- formed into that of a pig by a mysterious spell—infuriates a band of sky pirates with his aerial heroics, the pirates hire Curtis, a rival pilot, to get rid of him. On the ground, the two pilots compete for the affections of the beautiful Gina. But it's in the air where the true battles are waged. Will our hero be victorious? For the first time ever on Disney Blu-ray, "Porco Rosso" is a thrilling ride you'll never forget!

'Pom Poko' - Studio Ghibli presents a film about the clash between modern civilization and the natural world from acclaimed director Isao Takahata. The raccoons of the Tama Hills are being forced from their homes by the rapid development of houses and shopping malls. As it becomes harder to find food and shelter, they decide to band together and fight back. The raccoons practice and perfect the ancient art of transformation until they are even able to appear as humans. In often hilarious ways, the raccoons use their powers to try to scare off the advance of civilization. But will it be enough? Or will the raccoons learn how to live in balance with the modern world? Celebrate the magic of the forest and the beauty of the creatures who live among us in "Pom Poko"—now on Disney Blu-ray for the first time ever.

'Tales from Earthsea' - An epic animated adventure directed by Goro Miyazaki, "Tales From Earthsea" features the voices of Timothy Dalton, Willem Dafoe, Cheech Marin and Mariska Hargitay. Based on the classic "Earthsea" fantasy book series by Ursula K. Le Guin, "Tales From Earthsea" is set in a mythical world filled with magic and bewitchment. In the land of Earthsea, crops are dwindling, dragons have reappeared and humanity is giving way to chaos. Journey with Lord Archmage Sparrowhawk, a master wizard, and Arren, a troubled young prince, on a tale of redemption and self-discovery as they search for the force behind the mysterious imbalance that threatens to destroy their world. Featuring a timeless story and magnificent hand-drawn animation, "Tales From Earthsea" is now available for the first time ever on Disney Blu-ray.

You can find the latest specs for 'Porco Rosso', 'Pom Poko' and 'Tales from Earthsea' linked from our Blu-ray Release Schedule, where it is indexed under February 3. 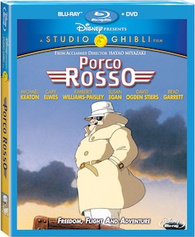 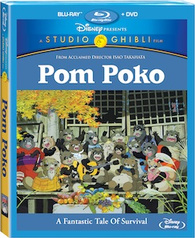 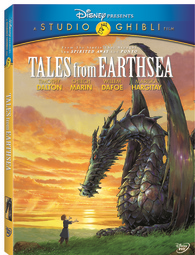