The trio of animated movies directed by the legendary filmmaker making their Blu-ray debut in November have now been fully detailed.

As previously reported, Disney is preparing 'Kiki's Delivery Service,' 'Princess Mononoke,' and 'The Wind Rises' for Blu-ray on November 18.

'Kiki's Delivery Service' - Discover 'Kiki's Delivery Service,' a fantastic coming-of-age tale full of magic, adventure and self-discovery from the sensational imagination of Academy Award-winning director Hayao Miyazaki (2002, Best Animated Feature, 'Spirited Away'). And now you can explore even more of Kiki's amazing world through never-before-seen bonus features -- exclusively in this 2-Disc Special Edition! Kiki is an enterprising young girl who must follow tradition to become a full-fledged witch. Venturing out with only her black cat, Jiji, Kiki flies off for the adventure of a lifetime. Landing in a far-off city, she sets up a high-flying delivery service and begins a wonderful experience of independence and responsibility as she finds her place in the world. Bring home 'Kiki's Delivery Service' from Studio Ghibli and Disney for the first time ever on Blu-ray, and share Kiki-s high-flying adventure again and again.

The Blu-ray will feature 1080p video, a DTS-HD MA 2.0 soundtrack, and supplements will include: Introduction by John Lasseter; Original Japanese Storyboards; Original Japanese Trailers; Behind the Microphone - English voice cast members Kirsten Dunst, Janeane Garofalo and Phil Hartman give voice to their on-screen characters; Creating Kiki's Delivery Service - Director Miyazaki discusses how he created the world of the movie; Kiki & Jiji - Producer Toshio Suzuki reveals how Director Miyazaki based the character of Kiki on Suzuki's teenage daughter; Flying with Kiki & Beyond - The director discusses how he approached Kiki flying; Producer's Perspective: Collaborating with Miyazaki - The producer talks about how he worked with the director through the years; The Locations of Kiki - The real world locations that influenced the look of the film are revealed; Scoring Miyazaki - Composer Joe Hisaishi talks about his approach in writing the music; and an all-new Ursula's Painting - A musical montage of Ursula's Painting. The painting was created by junior high school students and used by Director Miyazaki for the film.

'Princess Mononoke' - Witness the majesty of celebrated animated film director Hayao Miyazaki's masterpiece, 'Princess Mononoke,' for the first time ever on Blu-ray High Definition. This exquisitely animated, critically acclaimed adventure from one of the most illustrious filmmakers of all time is now even more spectacular with dazzling HD picture and sound! Inflicted with a deadly curse, a young warrior named Ashitaka sets out to the forests of the west in search of the cure that will save his life. Once there, he becomes inextricably entangled in a bitter battle that matches Lady Eboshi and a proud clan of humans against the forest's animal gods... who are led by the brave Princess Mononoke, a young woman raised by wolves. This monumental struggle between man and nature will have you transfixed as if stunning artistry blends with epic storytelling to create a uniquely entertaining motion picture. Experience it like never before on Disney Blu-ray!

The Blu-ray will feature 1080p video, a DTS-HD MA 5.1 soundtrack, and supplements include: Princess Mononoke in the USA - In September of 1999, Princess Mononoke's director, Hayao Miyazaki traveled to the US and Canada to promote the film's release. This feature is a record of those events; Jada Pinkett Smith, Claire Danes, Billy Bob Thornton, Gillian Anderson, Billy Crudup talk about acting in the English voice cast in Princess Mononoke; Original Japanese Storyboards; Original Japanese and English Trailers; Original English Theatrical Trailer; and Original TV Spots.

'The Wind Rises' - From Academy Award-winning filmmaker Hayao Miyazaki (Best Animated Feature, 'Spirited Away,' 2002) comes a spellbinding movie beyond compare. Experience "perhaps the greatest animated film the cinema has ever seen" (David Ehrlich, Film.com) on Blu-ray. Jiro dreams of flying and designing beautiful airplanes, inspired by the famous Italian aeronautical designer Caproni. Nearsighted and unable to be a pilot, he becomes one of the world's most accomplished airplane designers, experiencing key historical events in an epic tale of love, perseverance and the challenges of living and making choices in a turbulent world. Bring home the film that has dazzled fans and critics around the globe. Bursting off the screen with spectacular picture and sound and featuring fascinating bonus material, Miyazaki's final masterpiece, 'The Wind Rises,' is breathtaking on Blu-ray.

The Blu-ray will feature 1080p video, a DTS-HD MA mono soundtrack, and supplements will include: The Wind Rises: Behind the Microphone; Storyboards; Original Japanese Trailers and TV Spots; and Announcement of the Completion of the Film.

Suggested list price for each Blu-ray/DVD combo pack is $36.99.

You can find the latest specs for all of the films listed above linked from our Blu-ray Release Schedule, where they are indexed under November 18. 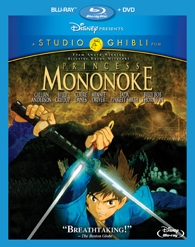 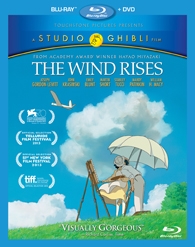 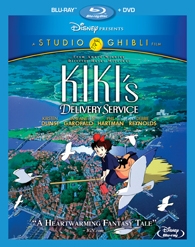