Coming Soon to Blu-ray: 'The Killing of a Sacred Deer,' 'The Deuce,' and More

In addition, the studio will bring Yorgos Lanthimos' The Killing of a Sacred Deer starring Nicole Kidman, Alicia Silverstone, Colin Farrell, Raffey Cassidy, and Bill Camp to Blu-ray on January 23. Supplements will include:

And rounding out Lionsgate's upcoming slate will be Brian Smrz's 24 Hours to Live starring Ethan Hawke, Rutger Hauer, Qing Xu, Paul Anderson, and Liam Cunningham on February 6. No other details have been revealed at this time. 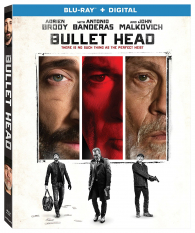 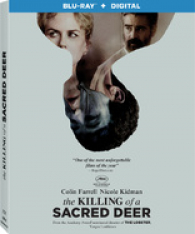 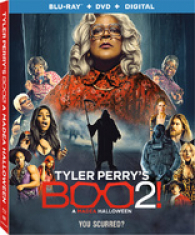 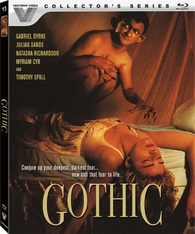 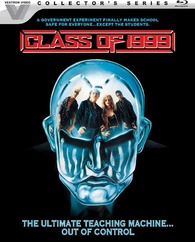 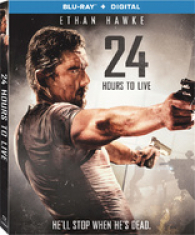 HBO is set to release George Pelecanos and David Simon's The Deuce: The Complete First Season starring Kevin Breznahan, James Franco, and Maggie Gyllenhaal on Blu-ray on February 13. Supplements will include:

- Audio Commentaries- Commentaries on Episode 1 and Episode 8 with cast and crew including David Simon (Co-Creator/Executive Producer), George Pelecanos (Co-Creator/Executive Producer), Nina Kostroff Noble (Executive Producer), Michele MacLaren (Director), Maggie Gyllenhaal (Actor/Producer) and James Franco (Actor/Executive Producer).
- The Deuce in Focus- Delve inside The Deuce with Michelle MacLaren, James Franco and Roxann Dawson as they talk about bringing the show to life.
- The Wild West: New York in the Early '70s- Head back in time in this featurette that focuses on the frontier of the pornography business--New York City in the early 1970s--with the cast and crew of The Deuce. Creators David Simon and George Pelecanos plus James Franco and his co-stars open up about this unique period in NYC history as porn moved from the street to the mainstream screen. 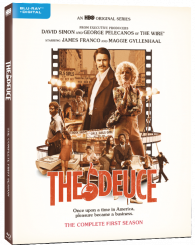 Unearthed Films is preparing Luciano Onetti's Francesca starring Raul Gederlini, Silvina Grippaldi, Luis Emilio Rodríguez, and Gustavo D'alessandro for Blu-ray on February 13. No other details have been announced at this time. 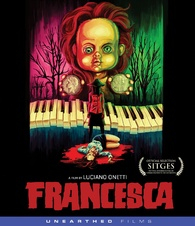 The BBC will bring Doctor Who: The Complete Peter Capaldi Years starring Peter Capaldi, Jenna Coleman, and Pearl Mackie to Blu-ray on February 13. The 16-Disc set will include all of the seasons that featured Capaldi as the Doctor. Supplements will likely mirror those found on the previously released individual Blu-ray releases.

Sony is prepping Outlander: Season 3 starring Caitriona Balfe, Sam Heughan, and Duncan Lacroix for Blu-ray. Supplements and an exact release date have not been announced yet, but pre-orders are now live. 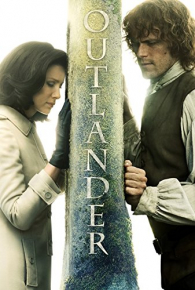 Redemption has announced plans to release Sabu's Miss Zombie starring Makoto Togashi, Ayaka Komatsu, and Tôru Tezuka on January 2. No other details have been announced at this time.

In addition, the label is set to bring Jean Rollin's Dracula's Fiancée starring Jacques Orth, Thomas Smith, and Sandrine Thoquet to Blu-ray. Supplements and an exact release date have not been announced yet.

Massacre Video is prepping Frank Q. Dobbs' Enter the Devil starring Joshua Bryant, Irene Kelly, and David S. Cass Sr. for Blu-ray.  Supplements and an exact release date have not been announced yet, but the disc will feature a brand new 2K restoration.

Finally, Vinegar Syndrome has announced plans to release A.C. Stephen's Fugitive Girls starring Rene Bond, Tallie Cochrane, Jabie Abercrombe, Margie Lanier, Harvey Shain, Con Covert, and Aria Arnold on Blu-ray. An exact release date has not been announced yet, but the disc is expected to arrive in January and will feature a brand new 2K restoration from the original camera negative, along with the home video premiere of the original Director's Cut. Supplements will include

- Archival interview with co-star and major sexploitation pioneer in her own right Tallie Cochran
- AND MORE...