Coming Soon to Blu-ray: 'Gilmore Girls,' 'The Stranger' and More

Orson Welles, the residents of Stars Hollow, and more are coming to Blu-ray.

First up, Arrow Video is bringing a Limited Edition SteelBook version of Brian Yuzna's Society starring Billy Warlock, Devin DeVasquez, and Evan Richards to Blu-ray on August 22. Supplements will include:

In addition, the label is prepping a Limited Edition SteelBook version of Brian Yuzna's Bride of Re-Animator starring Jeffrey Combs, Bruce Abbott, and Claude Earl Jones for Blu-ray on September 26. Supplements will include: 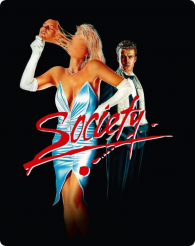 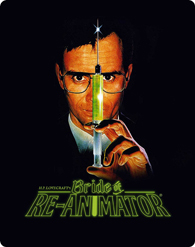 As previously reported, Universal is preparing Gabriela Cowperthwaite' Megan Leavey starring Kate Mara, Edie Falco, Ramón Rodríguez, Bradley Whitford, and Common for Blu-ray, and now the release date has been announced as September 5. Supplements will include Never Give Up Featurette.

- Filming The Book of Henry – Filmmakers and cast discuss the long process of getting this passion project to the big screen.
- The Book of Henry: The Cast – Hear the cast talk about what drew them to their roles. Filmmakers also weigh in on what each cast member brought to their part, and why they were the perfect ensemble. 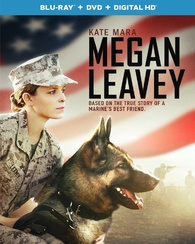 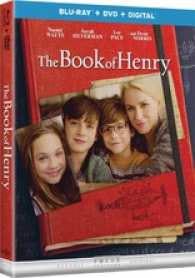 Mill Creek Entertainment is set to release a SteelBook Edition of Joel Schumacher's Flatliners starring Kiefer Sutherland, Julia Roberts, and Kevin Bacon on September 26. Supplements have not been announced. 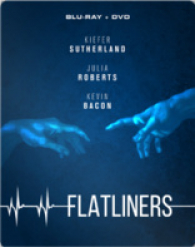 Paramount is reissuing Michael Winner's Death Wish starring Charles Bronson, Hope Lange, and Vincent Gardenia on Blu-ray on September 26. No other details have been announced at this time, but the disc will likely be the same as the previous Warner Bros. release. 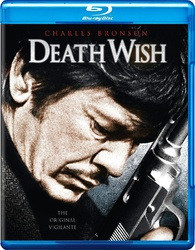 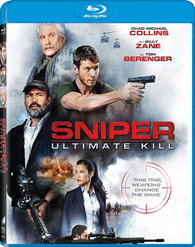 Acorn Media is prepping The Good Karma Hospital: Season 1 starring Amanda Redman, Amrita Acharia, James Floyd, Darshan Jariwalla, and Sagar Radia for Blu-ray on November 7. No other details have been announced at this time. 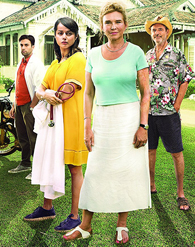 Sentai Filmworks is bringing The Squid Girl: Seasons 1 & 2 Complete Collection to Blu-ray on November 28. Supplements will include: 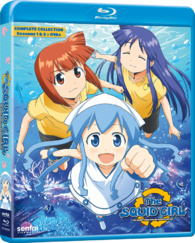 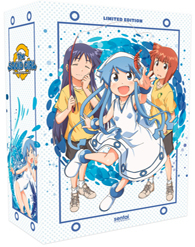 Olive Films is prepping Orson Welles' The Stranger starring Orson Welles, Edward G. Robinson, and Loretta Young for Blu-ray on August 29. No other details have been announced at this time.

-From the Depths
-How to Steal a Bank

And non-exclusive supplements will include:

- Dead Men Tell More Tales: The Making of a New Adventure – Get unique access into the making of this exciting new "Pirates of the Caribbean" movie with this collection of revealing and entertaining stories that you can view individually or as a "play all."
- Bloopers of the Caribbean
- Jerry Bruckheimer Photo Diary
- Deleted Scenes

Kino is prepping Paul Wendkos' Cannon for Cordoba starring George Peppard, Giovanna Ralli, and Raf Vallone for Blu-ray on October 31. Supplements have not been detailed.

In addition, the label is also set to release Platoon Leader / Soldier Boyz on Blu-ray later this year. No other details have been announced yet.

Scream Factory is bringing Austin Reading's Darkness Rising starring Tara Holt, Christian Ganiere, and Bryce Johnson to Blu-ray on November 7. No other details have been announced.

Likewise, the label is also prepping Damien Power's Killing Ground starring Harriet Dyer, Tiarnie Coupland, and Aaron Pedersen for Blu-ray on November 7 as well. Supplements have not been revealed.

In addition, Scream Factory will release The Paul Naschy Collection II on November 14. The package will feature Hunchback of the Morgue (1973); Devil's Possessed (1974); The Werewolf and the Yeti (1975); Exorcism (1975); and A Dragonfly for Each Corpse (1975). Supplements will include:

Finally, Warner Bros. is preparing Gilmore Girls: A Year in the Life starring Lauren Graham, Alexis Bledel, Kelly Bishop, and Scott Patterson for Blu-ray on November 28. No other info has been revealed at this time.