The distributor has revealed its upcoming slate of February releases, including George A. Romero's Night of the Living Dead and Jonathan Demme's The Silence of the Lambs.

In an early announcement to retailers, Criterion is preparing Tom Jones, An Actor's Revenge, The Hero, The Silence of the Lambs, Night of the Living Dead, and Elevator to the Gallows for Blu-ray throughout the month of February.

Elevator to the Gallows (February 6) - For his feature debut, twenty-four-year-old Louis Malle brought together a mesmerizing performance by Jeanne Moreau, evocative cinematography by Henri Decaë, and a now legendary jazz score by Miles Davis. Taking place over the course of one restless Paris night, Malle’s richly atmospheric crime thriller stars Moreau and Maurice Ronet as star-crossed lovers whose plan to murder her husband (his boss) goes awry, setting off a chain of events that seals their fate. A career touchstone for its director and female star, Elevator to the Gallows was an astonishing beginning to Malle’s eclectic body of work, and it established Moreau as one of the most captivating actors to ever grace the screen. 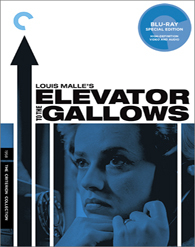 Night of the Living Dead (February 13) - Shot outside Pittsburgh on a shoestring budget by a band of filmmakers determined to make their mark, Night of the Living Dead, directed by horror master George A. Romero, is one of the great stories of independent cinema: a midnight hit turned box-office smash that became one of the most influential films of all time. A deceptively simple tale of a group of strangers trapped in a farmhouse who find themselves fending off a horde of recently dead, flesh-eating ghouls, Romero’s claustrophobic vision of a late-1960s America literally tearing itself apart rewrote the rules of the horror genre, combined gruesome gore with acute social commentary, and quietly broke ground by casting a black actor (Duane Jones) in its lead role. Stark, haunting, and more relevant than ever, Night of the Living Dead is back, in a new 4K restoration. 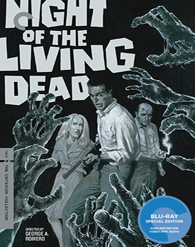 The Silence of the Lambs (February 13) - In this chilling adaptation of the best-selling novel by Thomas Harris, the astonishingly versatile director Jonathan Demme crafted a taut psychological thriller about an American obsession: serial murder. As Clarice Starling, an FBItrainee who enlists the help of the infamous Hannibal “the Cannibal” Lecter to gain insight into the mind of another killer, Jodie Foster subverts classic gender dynamics and gives one of the most memorable performances of her career. As her foil, Anthony Hopkins is the archetypical antihero—cultured, quick-witted, and savagely murderous—delivering a harrowing portrait of humanity gone terribly wrong. A gripping police procedural and a disquieting immersion into a twisted psyche, The Silence of the Lambs swept the Academy Awards (best picture, best director, best screenplay, best actress, best actor) and remains a cultural touchstone.

- New 4K digital restoration, approved by director of photography Tak Fujimoto, with 2.0 surround DTS-HD Master Audio soundtrack on the Blu-ray
- Alternate 5.1 surround soundtrack, presented in DTS-HD Master Audio on the Blu-ray
- Audio commentary from 1994 featuring director Jonathan Demme, actors Jodie Foster and Anthony Hopkins, screenwriter Ted Tally, and former FBI agent John Douglas
- New interview with critic Maitland McDonagh
- Thirty-five minutes of deleted scenes
- Interview from 2005 with Demme and Foster
- Inside the Labyrinth, a 2001 documentary
- Page to Screen, a 2002 program about the adaptation
- Scoring “The Silence,” a 2004 interview program featuring composer Howard Shore
- Understanding the Madness, a 2008 program featuring interviews with retired FBI special agents
- Original behind-the-scenes featurette
- Trailer
- PLUS: An essay by critic Amy Taubin along with, in the Blu-ray edition, a new introduction by Foster; an account of the origins of the character Hannibal Lecter by author Thomas Harris; and a 1991 interview with Demme 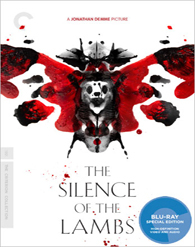 The Hero (February 20) - In this psychologically rich character study, written and directed by Satyajit Ray, Bengali film star Uttam Kumar draws on his real-world celebrity to play Arindam Mukherjee, a matinee idol on the brink of his first flop. When Mukherjee boards an overnight train to Delhi to accept an award, a journalist (Sharmila Tagore) approaches him seeking an exclusive interview, which initiates a conversation that sends the actor reeling down a path of self-examination. Seamlessly integrating rueful flashbacks and surreal dream sequences with the quietly revelatory stories of the train’s other passengers, The Hero is a graceful meditation on art, fame, and regret from one of world cinema’s most keenly perceptive filmmakers. 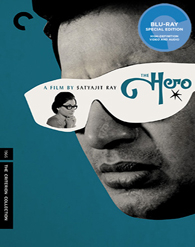 An Actor's Revenge (February 20) - A uniquely prolific and chameleonic figure of world cinema, Kon Ichikawa delivered a burst of stylistic bravado with this intricate tale of betrayal and retribution. Set in the cloistered world of nineteenth-century kabuki theater, the film charts a female impersonator’s attempts to avenge the deaths of his parents, who were driven to insanity and suicide by a trio of corrupt men. Ichikawa takes the conventions of melodrama and turns them on their head, bringing the hero’s fractured psyche to life in boldly experimental widescreen compositions infused with kaleidoscopic color, pop-art influences, and meticulous choreography. Anchored by a magnificently androgynous performance by Kazuo Hasegawa, reprising a role he had played on-screen three decades earlier, An Actor’s Revenge is an eye-popping examination of how the illusions of art intersect with life. 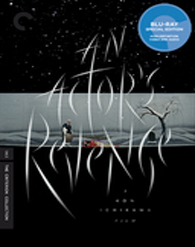 Tom Jones (February 27) - In the early 1960s, at the height of the British New Wave, a movement whose gritty realism they had helped establish, director Tony Richardson and playwright John Osborne set out for more fanciful narrative territory. Tom Jonesbrings a theatrical flair to Henry Fielding’s canonical eighteenth-century novel, boisterously chronicling the misadventures of the foundling of the title (Albert Finney, in a career-defining turn), whose easy charm seems to lead him astray at every turn from his beloved, the wellborn Sophie Western (Susannah York). This spirited picaresque, evocatively shot in England’s rambling countryside and featuring an extraordinary ensemble cast, went on to become a worldwide sensation, winning the Oscar for best picture on the way to securing its status as a classic of irreverent wit and playful cinematic expression.

- New 4K digital restorations of the original theatrical version of the film and the 1989 director’s cut, both supervised by director of photography Walter Lassally, with uncompressed monaural and stereo soundtracks on the Blu-ray
- New program on the film’s cinematography featuring a conversation between Lassally and critic Peter Cowie
- Excerpt from a 1982 episode of The Dick Cavett Show featuring actor Albert Finney
- New interview with actor Vanessa Redgrave on director Tony Richardson, to whom she was married from 1962 to 1967
- New interview with film scholar Duncan Petrie on the movie’s impact on British cinema
- Illustrated archival audio interview with composer John Addison on his Oscar-winning score for the film
- New interview with the director’s-cut editor, Robert Lambert
- PLUS: An essay by scholar Neil Sinyard 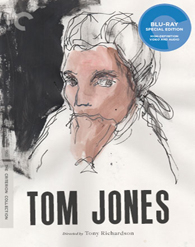