Films directed by Charlie Chaplin, Ernst Lubitsch, John Waters, and more are all in the works for Blu-ray.

In an early announcement to retailers, Criterion is preparing Local Hero, The Circus, Polyester, Cluny Brown, The Cloud-Capped Star, and Fists in the Pocket for Blu-ray throughout the month of September.

Fists in the Pocket (September 3) - Tormented by twisted desires, a young man takes drastic measures to rid his grotesquely dysfunctional family of its various afflictions, in this astonishing debut from Marco Bellocchio. Characterized by a coolly assured style, shocking perversity, and savage gallows humor, Fists in the Pocket was a gleaming ice pick in the eye of bourgeois family values and Catholic morality, a truly unique work that continues to rank as one of the great achievements of Italian cinema. 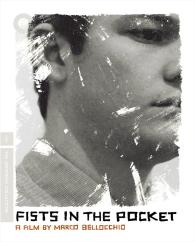 The Cloud-Capped Star (September 10) - Directed by the visionary Bengali filmmaker Ritwik Ghatak, The Cloud-Capped Star tells the story of a family that has been uprooted by the Partition of India and come to depend on its eldest daughter, the self-sacrificing Neeta (Supriya Choudhury). She watches helplessly as her own hopes and desires are pushed aside time and again by those of her siblings and parents, until all her chances for happiness evaporate, leaving her crushed and sickly. Experimenting with off-balance compositions, discontinuous editing, and a densely layered soundtrack, Ghatak devised an intellectually ambitious and emotionally devastating new shape for the melodrama, lamenting the tragedies of Indian history and the inequities of traditional gender roles while blazing a formal trail for the generations of Indian filmmakers who have followed him. 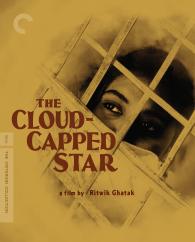 Cluny Brown (September 17) - The final film completed by Ernst Lubitsch, this zany, zippy comedy of manners, set in England on the cusp of World War II, is one of the worldly-wise director’s most effervescent creations. Jennifer Jones shines in a rare comedic turn as Cluny Brown, an irrepressible heroine with a zeal for plumbing. Sent to work as a parlormaid at a stuffy country manor, she proceeds to turn the household upside down—with plenty of help from Adam Belinski (Charles Boyer), an eccentric continental exile who has fled the Nazis but is still worried about where his next meal is coming from. Sending up British class hierarchy with Lubitsch’s famously light touch, Cluny Brown is a topsy-turvy farce that says nuts to the squirrels and squirrels to the nuts. 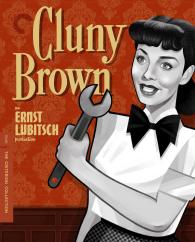 Polyester (September 17) - For his first studio picture, filth maestro John Waters took advantage of his biggest budget yet to allow his muse Divine to sink his teeth into a role unlike any he had played before: Baltimore housewife Francine Fishpaw, a heroine worthy of a Douglas Sirk melodrama. Blessed with a keen sense of smell and cursed with a philandering pornographer husband, a parasitic mother, and a pair of delinquent children, the long-suffering Francine turns to the bottle as her life falls apart—until deliverance appears in the form of a hunk named Todd Tomorrow (vintage heartthrob Tab Hunter). Enhanced with Odorama™ technology that enables you to scratch and sniff along with Francine, Polyester is one of Waters’ most hilarious inventions, replete with stomach-churning smells, sadistic nuns, AA meetings, and foot stomping galore. 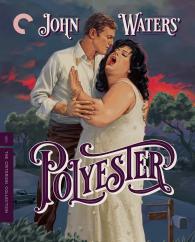 The Circus (September 24) - In the last film he made during the silent era, Charlie Chaplin revels in the art of the circus, paying tribute to the acrobats and pantomimists who inspired his virtuoso pratfalls. After being mistaken for a pickpocket, Chaplin’s Little Tramp flees into the ring of a traveling circus and soon becomes the star of the show, falling for the troupe’s bareback rider along the way. Despite its famously troubled production, this gag-packed comedy ranks among Chaplin’s finest, thanks to some of the most audacious set pieces of the director-performer’s career, including a close brush with a lion and a climactic tightrope walk with a barrelful of monkeys. Rereleased in 1969 with a new score by Chaplin, The Circus is an uproarious high-wire act that showcases silent cinema’s most popular entertainer at the peak of his comic powers. 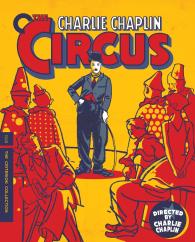 Local Hero (September 24) - Bill Forsyth put Scottish cinema on the map with this delightfully eccentric culture-clash comedy. Riffing on popular representations of Scottish life and folklore, Local Hero follows the Texas oil executive Mac (Peter Riegert), who is dispatched by his crackpot boss (Burt Lancaster) to a remote seaside village in Scotland with orders to buy out the town and develop the region for an oil refinery. But as business mixes with pleasure, Mac finds himself enchanted by both the picturesque community and its oddball denizens—and Texas starts to feel awfully far away. Packed with a near nonstop stream of droll one-liners and deadpan gags, this enchanting cult hit finds Forsyth surveying the idiosyncrasies of small-town life with the satirical verve of a latter-day Preston Sturges, arriving at a sly commentary on conservation, corporate greed, and the legacies we leave behind. 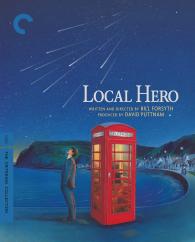