The upcoming streaming platform is geared toward film buffs.

The Criterion Collection and Turner Classic Movies have announced plans to launch their own subscription streaming service. Dubbed FilmStruck, the ad-free platform will focus on independent, art-house, international, and contemporary cinema.

"At Turner, we are dedicated to engaging fans wherever they are, and we're investing aggressively in content, new capabilities and new businesses to achieve that goal," said John Martin, chairman and CEO of Turner. "FilmStruck is a terrific example of our strategy to meet consumer demand for great content across all screens. It's tailor-made for the diehard movie enthusiasts who craves a deep, intimate experience with independent, foreign, and arthouse films. And it takes advantage of TCM's powerful curation capabilities, as well as its proven track record in building a long-term relationship with passionate film fans." 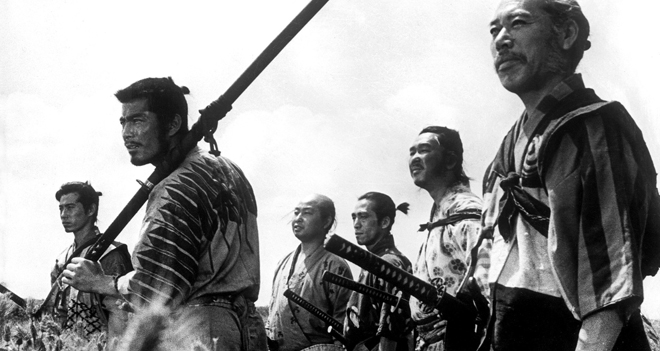 FilmStruck will offer a mix of contemporary and classic arthouse, indie, foreign and cult films from many major studios and independent distributors, including Warner Bros., Janus Films, Flicker Alley and Icarus. Titles will include 'Seven Samurai,' 'A Hard Day’s Night,' 'A Room With A View,' 'Blood Simple,' 'My Life As A Dog,' 'Mad Max,' 'Breaker Morant,' 'The Player,' and more. Likewise, the platform will feature a rotating selection of curated Criterion films, complete with commentaries and supplemental material. And beyond the standard FilmStruck library, subscribers will also be able to sign up for the Criterion Channel -- a premium service that will be dedicated to the Criterion Collection with access to the company's library of more than 1,100 films, along with special features and titles from outside Criterion's library. This will include films from major studios and independent rights holders, and archival discoveries not yet available on disc.

Exact pricing has not been announced yet, but FilmStruck will be launching this fall on desktop and mobile devices, and internet connected television platforms. Criterion titles will remain available for streaming on Hulu through November, before moving exclusively to FilmStruck.