Have You Ever Wanted to Ask Jim Jarmusch About His Films?

Criterion is now accepting fan questions for the director.

The Criterion Collection has announced the return of its Q&A series with filmmaker Jim Jarmusch. The Q&A session is being held to coincide with the upcoming Criterion Blu-ray release of Jarmusch's Dead Man starring Johnny Depp, Gary Farmer, and Crispin Glover. An exact release date has not been announced yet, but the disc is set to arrive in 2018 and will feature a new 4K restoration.

Interested fans can now send Criterion their questions for Jim Jarmusch by using the form on this page. The site will be accepting all questions from now until December 8. Criterion will then select the most thoughtful and creative ones to pass along to Jarmusch, though they can't guarantee that all (or any) will end up being answered on the release. Fans can ask as many questions as they like, but personal requests will not be answered. Participants must also include their full name, city, state, and country of residence to go along with their questions. 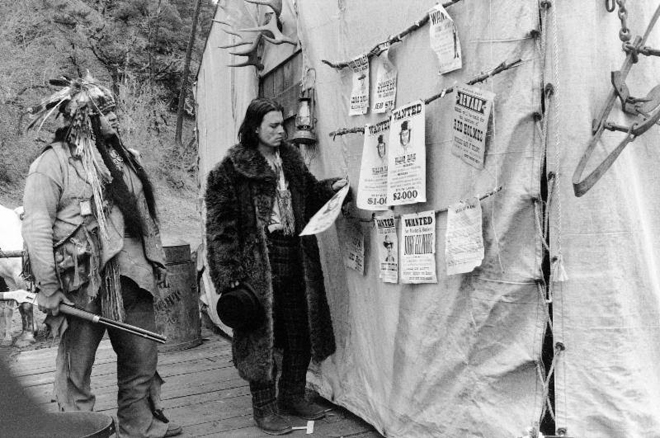 Dead Man - Johnny Depp delivers a remarkable performance in this highly acclaimed tale of adventure and intrigue in the wild, wild west! A young man in search of a fresh start, William Blake (Depp) embarks on an exciting journey to a new town ... never realizing the danger that lies ahead. But when a heated love triangle ends in double murder, Blake finds himself a wanted man, running scared -- until a mysterious loner teaches him to face the dangers that follow a "dead man." With an outstanding supporting cast including Gabriel Byrne and Robert Mitchum, and a sizzling soundtrack, Dead Man is another motion picture triumph from filmmaker Jim Jarmusch.

Jarmusch's filmography also includes films like Paterson, Stranger Than Paradise, Broken Flowers, Coffee and Cigarettes, and Ghost Dog: The Way of the Samurai.