The distributor has revealed its upcoming slate of September releases, including Wes Anderson's 'Moonrise Kingdom' and James Ivory's 'A Room with a View.'

In an early announcement to retailers, Criterion is preparing 'Blind Chance,' 'Mister Johnson,' 'Moonrise Kingdom,' 'Breaker Morant,' 'The Honeymoon Killers,' and 'A Room with a View' for Blu-ray throughout the month of September.

'Blind Chance' (September 15) - Before he stunned the cinematic world with the epic 'The Decalogue' and the 'Three Colors' trilogy, the great Polish filmmaker Krzysztof Kieslowski made his first work of metaphysical genius, Blind Chance, a compelling drama about the difficulty of reconciling political ideals with personal happiness. This unforgettable film follows Witek (a magnetic Boguslaw Linda), a medical student with an uncertain future in Communist Poland; Kie?lowski dramatizes Witek’s journey as a series of different possibilities, suggesting that chance rules our lives as much as choice. First suppressed and then censored by the Polish government, 'Blind Chance' is here presented in its complete original form.

The Blu-ray will feature 1080p video, an uncompressed Polish mono soundtrack, and supplements will include:New interview with Polish film critic Tadeusz Sobolewski; Interview with director Agnieszka Holland from 2003; Nine sections from the film originally censored by the Central Film Board in Poland; PLUS: An essay by film critic Dennis Lim and a 1993 interview about the film with director Krzysztof Kieslowski. 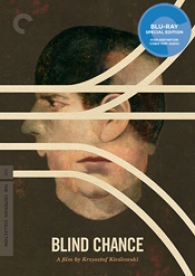 'Breaker Morant' (September 22) - At the turn of the twentieth century, three Australian army lieutenants are court-martialed for alleged war crimes committed while fighting in South Africa. With no time to prepare, an Australian major, appointed as defense attorney, must prove they were just following the rules of war and are being made into political pawns by the British imperial command. Director Bruce Beresford garnered international acclaim for this riveting drama set during a dark period in his country’s colonial history, and featuring passionate performances by Edward Woodward, Bryan Brown, and Jack Thompson; rugged cinematography by Donald McAlpine; and an Oscar-nominated script, based on true events.

The Blu-ray will feature 1080p video, an uncompressed English mono soundtrack, and supplements will include: Audio commentary featuring Beresford from 2004; New interviews with Beresford, cinematographer Donald McAlpine, and actor Bryan Brown; Interview with actor Edward Woodward from 2004; New piece about the Boer War with historian Stephen Miller; 1974 documentary The Breaker, profiling the real Harry "Breaker" Morant, plus a 2010 statement by its director, Frank Shields; Trailer; PLUS: An essay by film scholar Neil Sinyard. 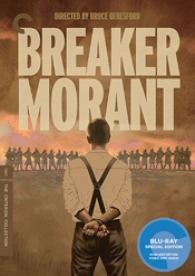 'Mister Johnson' (September 22) - A decade after he broke through with 'Breaker Morant,' Australian director Bruce Beresford made another acclaimed film about the effects of colonialism on the individual. In a performance that earned him the Berlin Film Festival’s Silver Bear for best actor, Maynard Eziashi plays the title character, a Nigerian villager eager to work as a civil servant for the British authorities, including a sympathetic district officer (Pierce Brosnan), in the hopes that it will benefit him in the future. Instead, his ambition leads to his tragic downfall. 'Mister Johnson,' based on a 1939 novel by Joyce Cary, is a graceful, heartfelt drama about the limits of idealism, affectingly acted and handsomely shot.

The Blu-ray will feature 1080p video, an uncompressed English mono soundtrack, and supplements will include: New video interviews with Beresford, producer Michael Fitzgerald, and actors Maynard Eziashi and Pierce Brosnan; Trailer; PLUS: An essay by film scholar Neil Sinyard. 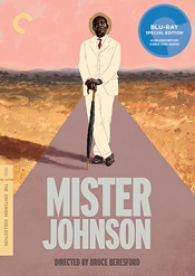 'Moonrise Kingdom' (September 22, delayed from July 21) - An island off the New England coast, summer of 1965. Two twelve-year-olds, Sam and Suzy, fall in love, make a secret pact, and run away together into the wilderness. As local authorities try to hunt them down, a violent storm is brewing offshore . . . Wes Anderson's 'Moonrise Kingdom' stars Jared Gilman and Kara Hayward as the young couple on the run, Bruce Willis as Island Police Captain Sharp, Edward Norton as Khaki Scout troop leader Scout Master Ward, and Bill Murray and Frances McDormand as Suzy's attorney parents, Walt and Laura Bishop. The cast also includes Tilda Swinton, Jason Schwartzman, and Bob Balaban. The magical soundtrack features the music of Benjamin Britten.

The Blu-ray will feature 1080p video, an English DTS-HD MA 5.1 soundtrack, and supplements will include: Audio commentary featuring Anderson, Bill Murray, Edward Norton, Jason Schwartzman, and Roman Coppola; Selected-scene storyboard animatics; Interviews with cast and crew; Exploring the Set of "Moonrise Kingdom," an original documentary about the film; Norton's home movies from the set; Behind-the-scenes, special effects, and test footage; Auditions; Trailer; More!; PLUS: A booklet featuring an essay by critic Geoffrey O’Brien, a map of New Penzance Island and other ephemera. 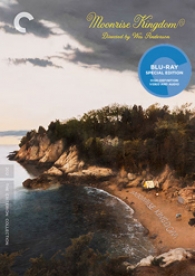 'A Room with a View' (September 29) - Merchant Ivory Productions, led by director James Ivory and producer Ismail Merchant, became a household name with 'A Room with a View,' the first of their extraordinary adaptations of E. M. Forster novels. A cherubic nineteen-year-old Helena Bonham Carter plays Lucy Honeychurch, a young, independent-minded, upper-class Edwardian woman who is trying to sort out her burgeoning romantic feelings, divided between an enigmatic free spirit (Julian Sands) she meets on vacation in Florence and the priggish bookworm (Daniel Day-Lewis) to whom she becomes engaged back in the more corseted Surrey. Funny, sexy, and sophisticated, this gargantuan art-house hit features a sublime supporting cast—including Simon Callow, Judi Dench, Denholm Elliott, Maggie Smith—and remains a touchstone of intelligent romantic cinema. 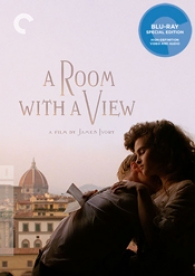 'The Honeymoon Killers' (September 29) - Martha Beck (Shirley Stoler) is sullen, overweight, and lonely. Desperate for affection, she joins Aunt Carrie’s Friendship Club and strikes up a correspondence with Ray Fernandez (Tony Lo Bianco), a charismatic smooth talker who could be the man of her dreams—or a degenerate con artist. Based on a shocking true story and filmed in documentary-style black and white by the confident and inspired first-time filmmaker Leonard Kastle, 'The Honeymoon Killers' is a stark portrayal of the desperate lengths to which a lonely heart will go to find true love. 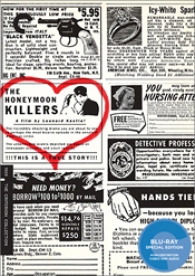